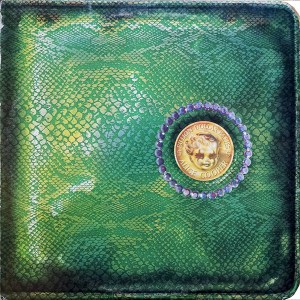 Billion Dollar Babies can sound really big and powerful, but not many copies bring the sound to life the way this one does. For once you can hear a big room around the instruments; the bass is tight and well-defined, and there’s plenty of tubey richness.

This was also one of the copies that managed to get real three-dimensional space in the soundfield, bringing Alice up front, with the rest of the band arrayed behind him from wall to wall.

Less grit – smoother and sweeter sound, something that is not easy to come by on Billion Dollar Babies.

The average copy of this album is dark, murky, recessed, compressed, thick and congested. There are a lot of green label Warner Bros. records from the ’70s that sound like that, one might even call it their “house sound.”

When you play the later pressings it’s obvious that they’ve gone overboard in cleaning up the murk, leaving a sound that is lean, flat and modern — in other words, unmusical.

Finding the right balance of fullness and clarity, especially on this album, may not be easy, but it can be done. This copy is proof!

Song for song, Billion Dollar Babies is probably the original Alice Cooper group’s finest and strongest. Such tracks as “Hello Hooray,” the lethal stomp of the title track, the defiant “Elected” (a rewrite of an earlier song, “Reflected”), and the poison-laced pop candy of “No More Mr. Nice Guy” remain among Cooper’s greatest achievements…

Not only is Billion Dollar Babies one of Cooper’s very best; it remains one of rock’s all-time, quintessential classics.