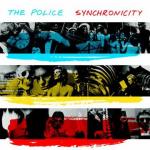 Hot Stamper Albums with Choruses that Are Good for Testing

The choruses get LOUD and are so POWERFUL on the best copies they make a mockery of most of the pressings out there.

To tell you the truth, the Big Sound is the only sound that I can enjoy. Anything less is just not for me.

One of the two title tracks on this record (huh?), it’s also one of the quickest ways to hear what is happening sonically on this side. It’s a high energy, take-no-prisoners rock track that usually ends up sounding bloated and brittle on the typical pressing. However, when it’s cut right it’s amazing! The bass guitar and kick should be driving the track, not making you want to skip to the next one. Also, when you can hear the separation and detail in the multitrack army of Stings during the chorus, you’re in good shape.

Walking in Your Footsteps

Is that a pan flute I hear? More than likely it’s a synth, but if you can hear the “air” going through it and all of the ambience surrounding it, you’re not off to a bad start. Also, the percussion should actually sound like a drum and not like a stack of textbooks getting smacked.

The second title track on this album (ahhhh!) features a classic Andy Summers guitar intro that usually sounds much too midrangey but on the best pressings can actually have richness and body.

Every Breath You Take

Probably the most famous of all Police songs, the vocals are mixed way too loud for comfortable listening. However, the right copies prove that the dynamics can be controlled, even in the super-powerful bridge.

One of the more dynamic points on the album, the intro here is dark and alluring. The piano should be weighty and the upright bass should be full and clear.

Notice how silly the edit sounds right before the drums come in. Sting’s voice suddenly gets loud for no apparent reason, other than somebody spliced one piece of tape to another, tapes no one noticed were recorded at different levels, ouch.

That first snare hit should be an indication of what you’ve got. Hopefully it’s got body and attack to drive this track home.

Wrapped Around Your Finger
Tea in the Sahara