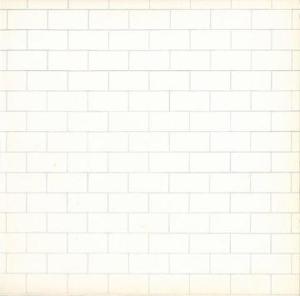 We spend a ridiculous amount of time cleaning, playing, and comparing copies of this classic double album for our shootouts and let me tell you, there are a lot of weak copies out there.

What do these kinds of top grades give you for The Wall? Top-notch clarity and transparency, mind-blowing immediacy, weight to the bottom, extension up top, HUGE open soundfields, real texture to all the instruments, TONS of energy with serious dynamics, BIG punchy drums and loads of natural ambience.

Pink Floyd tends to be an amazingly well-recorded band, and this album is certainly no exception. If you’ve taken home one of our Hot Stampers for Dark Side of the Moon, Meddle, or Wish You Were Here, then you certainly know what we’re talking about.

We’ve been telling people for years that The Wall is one of the best-sounding rock records ever, and this is the copy to show you exactly why. When sound effects are introduced into the mix — buzzing helicopters, ringing telephones, clicking typewriters, and so on — they happen RIGHT THERE in the room with you. If you’ve got a front end with serious resolving power and the watts to really pump up the volume, you’re going to be right there behind the wall with Pink.

The richness, sweetness, and freedom from artificiality are most apparent on The Wall where you most always hear those qualities on a pop record: in the biggest, loudest, densest, most climactic choruses.

We set the playback volume so that the loudest parts of the record are as huge and powerful as they can possibly grow to be without crossing the line into distortion or congestion. On some records, Dark Side of the Moon comes instantly to mind, the guitar solos on Money are the loudest thing on the record. On Breakfast in America, the sax toward the end of The Logical Song is the biggest and loudest sounding instrument on the record, louder even than Roger Hodgson’s near-hysterical multi-tracked screaming “Who I am” about three-quarters of the way through. Those, however, are clearly exceptions to the rule. Most of the time it’s the final chorus that gets bigger and louder than anything else.

It’s almost always the toughest test for a pop record, and it’s the main reason we play our records loud. The copies that hold up through the final choruses of their album’s largest scaled productions are the ones that provide the biggest thrills and the most emotionally powerful musical experiences we have around here. Our Top 100 is full of the kinds of records that reward listening at loud levels.

What We’re Listening For on The Wall

Hey You
Is There Anybody Out There?
Nobody Home
Vera
Bring The Boys Back Home
Comfortably Numb

The Wall was Roger Waters’ crowning accomplishment in Pink Floyd. It documented the rise and fall of a rock star (named Pink Floyd), based on Waters’ own experiences and the tendencies he’d observed in people around him.

By then, the bassist had firm control of the group’s direction, working mostly alongside David Gilmour and bringing in producer Bob Ezrin as an outside collaborator. Drummer Nick Mason was barely involved, while keyboardist Rick Wright seemed to be completely out of the picture. Still, The Wall was a mighty, sprawling affair, featuring 26 songs with vocals: nearly as many as all previous Floyd albums combined.

The story revolves around the fictional Pink Floyd’s isolation behind a psychological wall. The wall grows as various parts of his life spin out of control, and he grows incapable of dealing with his neuroses. The album opens by welcoming the unwitting listener to Floyd’s show (“In the Flesh?”), then turns back to childhood memories of his father’s death in World War II (“Another Brick in the Wall, Pt. 1”), his mother’s over protectiveness (“Mother”), and his fascination with and fear of sex (“Young Lust”). By the time “Goodbye Cruel World” closes the first disc, the wall is built and Pink is trapped in the midst of a mental breakdown.

On disc two, the gentle acoustic phrasings of “Is There Anybody Out There?” and the lilting orchestrations of “Nobody Home” reinforce Floyd’s feeling of isolation. When his record company uses drugs to coax him to perform (“Comfortably Numb”), his onstage persona is transformed into a homophobic, race-baiting fascist (“In the Flesh”). In “The Trial,” he mentally prosecutes himself, and the wall comes tumbling down. This ambitious concept album was an across-the-board smash, topping the Billboard album chart for 15 weeks in 1980. The single “Another Brick in the Wall, Pt. 2” was the country’s best-seller for four weeks.

The Wall spawned an elaborate stage show (so elaborate, in fact, that the band was able to bring it to only a few cities) and a full-length film. It also marked the last time Waters and Gilmour would work together as equal partners.