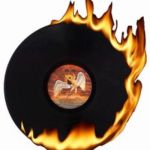 We get letters from time to time chiding us for charging what strikes some as rather large amounts of money for records that admittedly do not have much in the way of Collector Value, the implication being that collectible records are of course worth the high prices they command in the marketplace. Hot Stampers, however, are somehow different. Clearly they cannot be worth the outrageously high prices we’re asking.

It is our opinion that the writers of these letters have made a rather glaringly erroneous assumption: That the records we sell are not subject to the same market forces as other records..

This strikes us as just plain silly.

As anyone with a grounding in basic economics will tell you, we cannot force our customers to buy anything from us, especially old vinyl records, the kind of thing that most people have found they can easily do without, thank you very much.

We even take the time in many of our commentaries to advise you about What to Listen For to help you find your own Hot Stamper copies.

Even better, we implore you to learn how to do it for yourself. No need to spend a penny with us, just look for the Hot Stampers hiding in your own collection. Here’s how it’s done. It’s really not all that complicated. Tedious and time-consuming, yes. Hard as in finding-the-cure-for-cancer? Hardly.

Bottom line: If you don’t like our prices, you have plenty of alternative sources for the recordings we sell. (Not the specific Hot Stampers we offer, mind you. Every record is unique, which of course means you can only buy the copy we are selling from us.)

We price our records just like anyone prices anything: according to what we think it’s worth, what we think we can get for it, how many customers will want it, how long it will take to sell at any given price, how many we have on hand, how hard it is to find another one of comparable quality, how much better or worse it is than others we’ve played, how much work went into finding this particular one, how much we paid for it, and on and on and on until we just have to quit thinking about it and pick a number.

It ain’t rocket science, it’s just nuts and bolts business planning, the kind carried out every day by millions of sellers looking for buyers for their wares.

Money Is at the Root of the Problem

The impetus for this discussion of records as an investment was my stumbling upon a letter that a fellow named Jason wrote us all the way back in August of 2007 and the colloquy that followed. We called it Letter From a Thrift Store Junkie. Jason wrote me, I replied, and then he wrote back to make a few points, one of which was this:

3. Your records are a poor value in terms of investment. Until you convince the whole LP community that your HOT-STAMPER choices are the pinnacle of sound a buyer will never be able to re-sell B S & T for $300. Even if they swear it is the best sounding copy in the world.

Which Prompted My Reply as Follows:

With his last email, the subtext to this tirade has finally become clear. Go back and read through it again yourself. It’s about the MONEY. It’s about how much all the equipment and the records cost and why I don’t need to spend that kind of money to enjoy music just as much, if not more, than you and your customers.

Jason, if your point is that spending lots of money in audio is often foolish, I can’t say I disagree — that’s why we poke fun at reviewers and their expensive equipment.

But the most telling remark is this one: Our records are a bad investment. They can’t be resold for anything close to what the buyer paid for them.

If Records Are About Money…

… then buying them at a thrift store for a buck apiece and getting something halfway decent makes perfect sense. As the Brits say, “that’s value for money.” If we sell you a Hot Stamper for, say, $500, can it really be five hundred times better?

I would argue that here the math is actually on our side. The average pressing is so close to worthless sonically that I would say that it isn’t even worth the one dollar you might pay for it in a thrift store. I might value it somewhere in the vicinity of a penny or two. Really? Yes indeed. Assuming it’s a record I know well, I probably know just how wonderful the record can really sound, and what that wonderful sound does to communicate the most important thing of all: its musical value. A copy that doesn’t do that — make the music come alive — has almost no value. It’s not zero, but it’s close to zero. Let’s assign it a nominal value. We’ll call it a penny.

You see, when I play a mediocre copy, I know what I’ve lost. Jason can’t know that. All he knows is what he hears coming from his mediocre equipment as his mediocre LP is playing. To him it sounds fine. To me it sounds like hell. If I’ve actually done all the hard work I talk about on the site, I will find myself in the unique position of knowing what he’s missing, and he is in the (to me) unenviable and quite common position of only knowing what he’s getting. (It may be a litttle or it may be a lot, but it’s certainly nowhere near what I’m getting.)

Ignorance is bliss, and he is welcome to his. Being average is the lot of most of us, right? I’m average in most areas of life and make no bones about it. But I’m not average when it comes to this hobby. Because I enjoy it so much, I’ve worked very hard, for a very long time, four decades or so, to become good at it.

This is precisely what Jason has utterly failed to grasp: that all the hard work we encourage you to do really does pay off. The end result is a dramatic increase in your enjoyment and appreciation of the music you play. Here his obtuseness is at its pig-headed worst. He wants us to believe he gets more out of his records by hearing less? If I understand the formula correctly, it goes something like: Mediocre Pressing plus Mediocre Stereo equals Greater Musical Satisfaction.

How Most Records Are Like Frozen Pizza, A Tortured Analogy

Jason, it’s all well and good to eat frozen pizza. Frozen pizza is cheap and it can taste pretty good. But it’s ridiculous to think that no one should bother to go to a real pizzeria and sit down to a lovely meal, one prepared by a highly-skilled chef, using the freshest ingredients, perhaps with the added indulgence of a fine bottle of wine or two. You may end up spending five or ten times or twenty times as much money as a frozen pizza would cost, but the result is much more likely to be a meal that is delicious and satisfying beyond words. Beyond even dollars, if that’s more the language you understand. The two meals may appear superficially similar — they both involve pizza it seems — but in actuality they are light years apart.

Which is more or less how we see records here at Better Records. Any two copies of the same LP can look remarkably similar, identical to the naked eye in fact. But the effect they can have on you the listener is so dramatically different, they might as well be different albums, different recordings, performed by different musicians even.

The group on one pressing may sound bored, just playing by the numbers, there to pick up a paycheck. The other LP’s musicians are tearing the roof off, playing out of their heads at the top of their game. Same album, same recording, different pressings. Hyperbole? Not to me. I’ve heard it. I’m a believer. (The people that make those oh-so-expensive records disappear from the site apparently feel the same way. Some of them even write me letters! And unlike our friend Jason here, they know what they are talking about; they played the record that we wrote about and heard what we heard. No hypnotism involved, not on our part anyway.)

One more thing: If you’re worried about the resale value of your records, you shouldn’t have bought them in the first place.

And Your Point Is?

Buy records for the joy the music and sound bring you. Do not buy records to collect or resell, buy them to play. They’re an investment in your present happiness and are sure to last you a lifetime. What could be better than that?