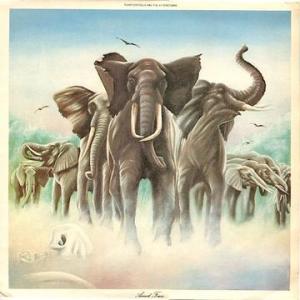 Armed Forces is one of the best-sounding rock records ever made, and a copy like this is proof enough to back up that claim. The best copies are extremely transparent and silky sounding, but with unbelievably punchy, rock-solid bass and drums.

I would say the sound of the rhythm section of this album ranks up there with the very best ever recorded. Beyond that, the musical chops of this band at this time rank with the very best in the history of rock. Steve, Bruce and Pete rarely get the credit they deserve for being one of the tightest, liveliest backing bands ever to walk into a studio or on to a stage.

Virtually every other pressing of this record I’ve ever played sounds pale and washed out compared to the good British early pressings. It almost makes you wonder what happened to the tape; it seems as if this tape wasn’t used to make any records after this batch was pressed, it’s that big of a difference! (We have found surprisingly good British second pressings before but they are never competitive with the likes of these early ones.)

Big Rock Records always make for tough shootouts. The everything-but-the-kitchen-sink approach they employ make it difficult to translate such powerful, dense and dynamic sound to disc, vinyl or otherwise. For our part, everything has to be tuned up and on the money before we can even hope to get the record sounding right. Careful VTA adjustment could not be more critical in this respect.

When you love it, it’s not work, it’s fun. Tedious, occasionally exasperating fun, but still fun. And the louder you play a record like this the better it sounds and the more fun it is.

What We’re Listening For on Armed Forces

A customer a while back noted that hearing his recently acquired Armed Forces Hot Stamper caused him to reevaluate his entire record collection. We empathized with the predicament in which he now found himself, and tried to put the experience in context this way:

Armed Forces sets a standard few records can meet. It will make every audiophile Half Speed and 180 gram pressing you own sound positively sick in comparison. The real thing just can’t be beat, and Armed Forces is as real as it gets, baby! A big speaker record for the ages, and a Demo Disc Par Excellance.

Consider “Oliver’s Army,” the pièce de résistance on Elvis Costello’s Armed Forces, an album that’s a killer in several senses of the word. The tune sounds bright and bouncy, with a jangly keyboard riff along the lines of “Here Comes Santa Claus,” and it’s enough to make you want to rock around the room. But sit down, Fred, and get a load of the lyrics you’re dancing to:

There was a Checkpoint Charlie
He didn’t crack a smile
But it’s no laughing party
When you’ve been on the murder mile
Only takes one itchy trigger
One more widow, one less white nigger
Oliver’s Army is here to stay
Oliver’s Army are on their way
And I would rather be anywhere else than here today.

In fact, this is an angry song about imperialism and the military, reportedly written just after Costello visited Northern Ireland. In spirit and on its very congenial surface, “Oliver’s Army” is a hit single. You can hear it one way, or the other way, or both. Elvis Costello doesn’t seem to give a damn what you do, and that’s no small part of his charm.

Costello writes songs that are elusive at times, bursting with bright phrases you can’t always catch. (As someone who still thinks the Rolling Stones are singing “Heartbreaker … with your bowling ball,” I’m all in favor of half-audible lyrics that encourage a valuable do-it-yourselfism in the listener.) He sings about violence with a vibrant romanticism, and about love with murder in his heart. He writes short, blunt compositions that don’t pretend to be artful, though they are, and don’t demand to be taken seriously, even though they’re more stunning and substantial than anything rock has produced in a good long while. He doubles back on himself at every turn, and you’re forced to take it or leave it.

There’s only one way to listen to Elvis Costello’s music: his way. The songs are so brief they barrel right by, leaving an impression of jubilant and spiteful energies at war with each other. Every now and then, words like “quisling” or “concertina” leap out of nowhere to add to the confusion. Images are etched hard and fast, then replaced by new ones even stronger. There’s an overload of cleverness on the LP — more smartly turned phrases than twelve songs ordinarily could bear. But the rapid pacing alleviates any hint of self-congratulation.

Costello’s songs are dense the way Bob Dylan’s used to be, driven by the singer’s faith that if this line doesn’t get you, the next one will, and compressed so tightly that they lend themselves to endless rediscovery. He has something like the younger Dylan’s rashness, too, being hotheaded enough to oversimplify anything for the sake of a good line, and being a good enough writer to get away with it. His puns are so outrageous they’re irresistible. In “Senior Service” (the name of an English cigarette): “It’s the breath you took too late “It’s the death that’s worse than fate.” In “Oliver’s Army”: “Have you got yourself an Occupation?” In “Chemistry Class”: “Are you ready for the final solution?” The first line on the record: “Oh, I just don’t know where to begin.”

Beneath all this gamesmanship lurks something like a grand passion, however unexpected it may be from a fellow who favors photographs that make him look like a praying mantis. The EP that accompanies some copies of Armed Forces (Columbia wants you to buy the album in a hurry, so they’ll stop including Live at Hollywood High after the first several hundred thousand records) contains a live version of “Alison” that’s so steeped in tortured love it makes the concert audience squeal.

And the LP’s final cut, “(What’s So Funny ’bout) Peace, Love and Understanding,” is delivered with a sincerity bordering on desperation. The wise guy who can work Hitler into a song about competitive friendship (“Two little Hitlers will fight it out until/One little Hitler does the other one’s will”) is also prey to authentic romantic agonies so exquisitely maddening they go hand in hand with danger.

Listen to “Watching the Detectives,” re-recorded in an almost playful version on the EP, with these show-stopping lines: “Nearly took a miracle to get you to stay/It only took my little fingers to blow you away.” Or “Party Girl” (as in “You’ll never be the guilty party, girl”), with its alternating waves of passionate declaration and angry denial. No Elvis Costello love song is without its ax to grind or its hatchet to bury, but at least the emotion, however strangled, comes through. Costello never sounds exactly willing to give himself over to sentiment, yet he works hard to make himself more than marginally accessible: a gangster with heart. Without that bit of humanizing, he’d be a specialty item. With it, he can be a star.

It hardly hurts that Costello’s songs are never less than snappy, even when their drum parts are reminiscent of machine guns, or that Nick Lowe has produced him this time with a large and general audience in mind. Notwithstanding his Buddy Holly glasses and his Buddy Holly white socks, Elvis Costello refers most readily to the Sixties. And Lowe makes the most of this, filling Armed Forces with recycled lounge music (“Moods for Moderns”), Beatles-like codas and the trashiest organ lines this side of “96 Tears.”

Like the lyrics, these echoes run together in a quick, exciting jumble, so dense that the end of one number, “Busy Bodies,” can mix the phrasing of John Lennon and Paul McCartney’s “Nowhere Man” with the guitar lines of Roy Orbison’s “Oh, Pretty Woman” and the whoo-oos of the Beach Boys’ “Surfer Girl.” Costello draws so heavily on the recent rock past that his reliance upon it amounts to a kind of cheapening, a repudiation. But that’s only one more in a long line of quicksilver contradictions.

Right now, Elvis Costello serves as a feisty and furiously talented middleman, halfway between rock’s smoothest sellouts and the angriest fringes of its New Wave. He wants to be daring, but he also wants to dance. He’d like to seethe and sell records at the same time. He’s mindful of — indeed, insistent upon — the form and its limitations: it’s only rock & roll, after all. But he takes it to the limit just the same.

In contrast to the stripped-down pop and rock of his first two albums, Armed Forces boasted a detailed and textured pop production, but it was hardly lavish. However, the more spacious arrangements — complete with ringing pianos, echoing reverb, layered guitars, and harmonies — accent Costello’s melodies… It’s a dense but accessible pop record and ranks as his third masterpiece in a row.