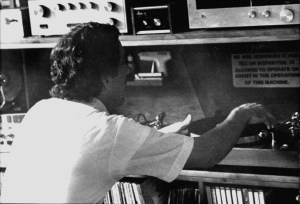 When I was starting out in this hobby back in the ’70s, it seemed that many if not most audiophiles liked half-speeds, they liked Japanese pressings, and they liked direct to disc recordings.

Now they like SACDs, Heavy Vinyl and 45s. Same old wine, different bottle, if you ask me.

The path out of that morass is exactly the path we have taken and charted for everyone.

There is no charge for following in our footsteps. In fact, we actively encourage it.

With our approach to finding the best sounding records, cleaning them the way we do, playing them against each other the way we do, using the sound improving devices and equipment we recommend, we know you can succeed.

If we can do it you can do it.

No One to Guide Them

Most audiophiles have no one to guide them in this devilishly difficult record and audio game. They are mostly self-taught, which is precisely the heart of the problem. You can teach yourself pretty much all you need to know in this hobby, but it requires a huge expenditure of time and resources: thousands of hours and ten of thousands of dollars at a minimum. A few hours a week won’t get you very far.

I should know. I was one of those guys who put in a few hours a week for about the first twenty years I spent in audio. In the end I sure didn’t have much to show for it.

It was only when I seriously dedicated myself to audio and records sometime in the ’90s that I started making real progress. With more than ten years of nose-to-the-grindstone effort I was ready — eager even — to give up on audiophile vinyl as the dead end I suspected it was and now know it to be.

How Bad Are They, Really

How many can say that? How many audiophiles know how bad their audiophile pressings really are? One per cent? Two per cent? Five?

However many it is, it’s about the same percentage of audiophiles who actually take the hobby seriously and work hard at it. That’s my guess anyway.

Just try telling that to anyone on an audio forum. You will be shouted down in no time by those who can’t abide the idea that the latest audiophile pressings on which they’ve spent their hard earned money aren’t the best of the best and way better than everything else.

Of course they’re the best! What else could they be? Everybody says so. Everybody knows it’s true. The reviewers in the magazines and my fellow forum posters all told me they were the best, so who the hell do you think you are to say otherwise?

What Works For Us…

Not to put too fine a point on it, you have to do it the way we do. It works for us and we know it will work for you.

There is such a thing as progress. The word is getting out, slowly, but it is getting out. These things take time. Hell, people are still digging their way out of that rat hole called the Compact Disc, the one with Perfect Sound Forever, so I guess we’ll all just have to be more patient.