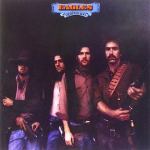 On the TAS Super Disc List, Harry Pearson recommends the British SYL pressings for this album. SYL pressings can sound very good; we’ve previously found one that rated a Double Plus on both sides. But our champions for both sides were both domestic, both this time and last time.

Does that mean the best domestics will always beat the best SYL pressings? Not at all. Only critical listening can separate the better pressings from the more typical ones. After playing more than a dozen copies of this album this week, we can definitively tell you that there are FAR more mediocre copies of this record — both domestic and import — than truly exceptional ones.

The typical pressing of this album, whether the domestic or SYL, falls far short of belonging on a Super Disc List.

There are killer domestic copies AND killer SYL imports out there, and the only way to know which ones sound good is to collect ’em, clean ’em, and play ’em. Remember: TAS List doesn’t guarantee great sound, but Better Records does — if you don’t think a record sounds as good as we’ve stated, we’ll always happily take that record back and refund your money. Good luck getting ol’ Harry to send you a check when the TAS-approved pressings you pick up don’t deliver.

A solid country-rock classic. It’s hard to deny the talent this band had; all highly proficient musicians who could sing and write great songs on album after album… the music stands the test of time, especially when Desperado is heard in its entirety, from start to finish. This stands as a sort of concept album, with an interesting flow from the softer/slower tracks, to the mid-tempo rockers, and back and forth. The acoustic nature of this, the Eagles’ second album, is what creates a classic western atmosphere.

This could almost be a soundtrack to a variety of Old West film vignettes. Each song has its own little story (even the instrumentals, if you use your imagination), and yet a common thread strings the themes together, sometimes lyrically, sometimes musically.

I like to think Desperado is a soundtrack to a timeless Saturday night in a southern U.S. roadhouse:

Doolin Dalton guides you into the evening while you’re sipping your first drink, playing some cards for low stakes, before the crowd arrives. The shuffle-boogie fun of Twenty-One gets things going a bit as fellow drinkers enter the bar. Moods lift with rounds of drinks and the rousing Out of Control on the jukebox. One of the Eagles’ best-known ballads, Desperado, prompts some of the couples to slow dance. The rest of ’em drink a little harder now, don’t they? Some fleet-fingered banjo picking, followed by the heavier Outlaw Man, gets heads nodding and toes tapping again. Then Saturday Night, a slower, gentler number, gives the ladies a chance to sing along. The evening winds down with a last round and the strains of Bitter Creek, swelling with trademark Eagles vocal harmonies. The Doolin Dalton/Desperado reprise wraps things up quietly, as folks wander out to their bikes and pickups, ending the evening at the bar.

Of course, after the drinkers get home, a party or two may take them into the wee hours.

But enough of all this “drink” talk – Desperado is among the best Eagles albums, even if it doesn’t rate as high for me as Hotel California, for example.