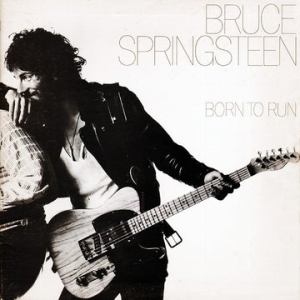 If you own the Classic Records reissue from the early 2000s, hearing this Hot Stamper pressing is bound to be a revelation.

That record was as dead as a doornail – more thick, opaque and compressed than most originals, which of course have problems in all three areas to start with. Bernie did the album no favors, that I can tell you.

Head to head in a shootout, our Hot Stampers will be dramatically more solid, punchy, transparent, open, clear and just plain REAL sounding, because these are all the areas in which heavy vinyl pressings tend to fall short. Those looking for a list of specific shortcomings for other titles can easily find reviews and commentaries for hundreds of Heavy Vinyl pressings on the site.

What We’re Listening For on Born To Run

Layers of guitar, layers of echo on the vocals, lots of keyboards, thunderous drums — Born to Run had a big sound, and Springsteen wrote big songs to match it. Bruce Springsteen’s make-or-break third album represented a sonic leap from his first two, which had been made for modest sums at a suburban studio; Born to Run was cut on a superstar budget, mostly at the Record Plant in New York. Springsteen’s backup band had changed, with his two virtuoso players, keyboardist David Sancious and drummer Vini Lopez, replaced by the professional but less flashy Roy Bittan and Max Weinberg.

The result was a full, highly produced sound that contained elements of Phil Spector’s melodramatic work of the 1960s. If The Wild, the Innocent & the E Street Shuffle was an accidental miracle, Born to Run was an intentional masterpiece. It declared its own greatness with songs and a sound that lived up to Springsteen’s promise, and though some thought it took itself too seriously, many found that exalting.