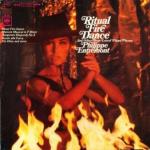 An undiscovered gem from 1967 on 360 Columbia! Side two of this record blew our minds with its White Hot Stamper sound. Musically and sonically this record is nothing short of wonderful. Who knew? You could play fifty vintage piano recordings and not find one as good as this!

Tchaikovsky, Liszt, Beethoven, Debussy, Mozart — these shorter pieces and excerpts were composed by those with the greatest gift for melody, men who’ve produced works that have stood the test of time, enchanting audiences over the centuries with works of such beauty and charm.

Here at Better Records we have never been fans of Columbia classical LPs. Years ago we noted that:

Columbia classical recordings have a tendency to be shrill, upper-midrangy, glary and hard sounding. The upper mids are often nasally and pinched; the strings and brass will screech and blare at you in the worst way. If Columbia’s goal was to drive the audiophile classical music lover screaming from the room (or, more realistically, induce a strong desire to call it a day record-playing wise), most of the time one would have to grant they’ve succeeded brilliantly. Occasionally they fail. When they do we call those pressings Hot Stampers.

To be clear, the fault more often than not has to be in the mastering, not the recording. We’ve raved about so many great copies of titles in the past, only to find that the next three or four LPs we pick up of the very same titles sound just godawful. There are some amazing Bernstein recordings out there but the the amount of work it takes to find the one that sounds good is overwhelming — how can such great recordings be regularly mastered so poorly?

A++, with a huge, rich, sweet, natural sounding piano. The more you listen the more apparent it becomes that, as natural as it may seem at first blush, there are still some old school tubey colorations that make the sound not quite as “accurate” and real as one might wish.

And the confirmation of that finding comes as soon as you flip the record over.

A+++, with a piano that really DOES sound real. Tubey colorations are gone. It’s clear and clean and solid the way a piano really sounds in recital. The transparency is simply amazing — you are there! There aren’t many solo piano recordings that sound this right. When you hear one it’s shocking how good it can be.