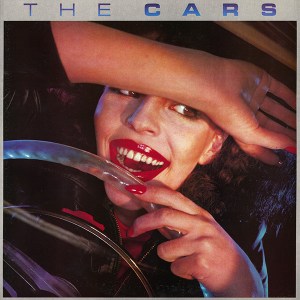 The material is superb — just check out the first three tracks: Let The Good Times Roll, Best Friend’s Girl, and Just What I Needed — how many albums start off with that kind of a bang? Each of those tracks sounds amazing — if you’ve got big speakers and a front end capable of resolving musical information at the highest levels, put this record on, turn it way up and get ready to hear some serious Demonstration Quality Sound.

The hottest of the Hot Stampers did one easily recognizable thing better than the Also-Rans, and it was apparent pretty much from the get-go. The multi-multi-multi-tracked choruses on the best copies don’t strain (a very common problem), they are bigger and more powerful, they stretch from wall to wall, and the voices that make them up are separated much more than on other copies.

I won’t say you can make out all the players — there are dozens of tracks overdubbed together don’t you know — but you can make out some of the voices. At least you can if you have the kind of high-resolution front end that we — and of course many of our customers — do.

What We’re Listening For on The Cars

Smoother and sweeter sound with less of the grit and congestion that plagues the average copy.

More bass and tighter bass. This is fundamentally a rock record. It needs weight down low to rock the way Roy Thomas Baker wanted it to.

Large dynamic speakers help a lot too, giving space for each voice to occupy.

Which means that if you have big speakers and like to rock, you can’t go wrong here. Neil Young albums have the Big Rock sound, and if you’re more of a Classic Rock kind of listener, that’s a good way to go. We’re behind you all the way, just check out the majority of the Hot Stampers on the site: CSN, Zep, Tull, The Stones — we can’t get enough of the stuff.

Still, variety is the spice of life, and the Cars really deliver the goods on this new wave classic. If you love big meaty guitar chords, wild synth sounds, and HUGE punchy drums, this record may be just what you needed… so let the good times roll!

There’s an “effect” that is used to process the sound at the beginning of this track, and at a certain, quite recognizable point (if you listen very carefully and critically) it is turned off. See if you can spot it, and if you can drop us an email about what you hear “before and after”.

Also note how much like David Gilmore Elliot Easton’s solo sounds like on this track. Very Dark Side of the Moon, and that’s a good thing!

Bye Bye Love
Moving in Stereo
All Mixed Up

The Cars’ 1978 self-titled debut, issued on the Elektra label, is a genuine rock masterpiece. The band jokingly referred to the album as their “true greatest-hits album,” but it’s no exaggeration — all nine tracks are new wave/rock classics, still in rotation on rock radio.

Whereas most bands of the late ’70s embraced either punk/new wave or hard rock, the Cars were one of the first bands to do the unthinkable — merge the two styles together. Add to it bandleader/songwriter Ric Ocasek’s supreme pop sensibilities, and you had an album that appealed to new wavers, rockers, and Top 40 fans…