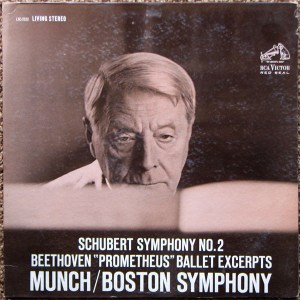 More than that, he might limit himself to 1S Indianapolis pressings. Hooray! What could be better?

However, many records from this era simply do not sound good, and this is one of them. We have never heard a good sounding copy of LSC 2522, and we’ve played plenty of them over the decades we’ve been in the business of selling Golden Age Classical records.

If you are a fan of Living Stereo pressings, have you noticed that many of them – this one for example – don’t sound very good?

There is plenty of hype surrounding the hundreds of Heavy Vinyl pressings that are currently in print. I read a lot about how wonderful they sound, but when I actually play them, I rarely find them to be any better than mediocre, and most of them are downright awful.

A customer recently told us about his experience with this atrocity from 2014, and we believe him. It’s the sound we hear on record after record being made today.

It seems as if the audiophile public has bought completely into the hype for these modern Heavy Vinyl pressings. Audiophiles have made the mistake of approaching these records without the slightest trace of skepticism. How could so many be fooled so badly? Surely some of these people have good enough equipment to allow them to hear how bad these records sound.

Maybe not this guy, or this guy, but there has to be at least some group of audiophiles, however small their number, with decent equipment and two working ears out there, right? (Excluding our customers of course, they have to know what is going on to spend the kind of money they spend on our records. And then write us all those letters.)

I would say RCA’s track record during the ’50s and ’60s is a pretty good one, offering (potentially) excellent sound for roughly one out of every three titles or so.

But that means that odds are there would be a lot of dogs in their catalog. This is definitely one of them.

It’s yet another public service from Better Records, the home of the best sounding records ever pressed. Our records sound better than any others you’ve ever heard or you get your money back.