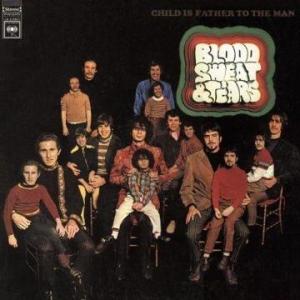 In 2010 MF reviewed both the Sundazed and Speakers Corner Heavy Vinyl pressings of the album. I think his review is mistaken on a number of counts, and mostly unhelpful. The commentary below will discuss his errors in detail, in the hopes that you, dear reader, will not make the same mistakes yourself.

He talks about his history with the album for a while, and then notes:

Anyway, the original “360 Sound” edition of this record sounds fantastic. It’s a high quality Columbia studio recording, with vivid harmonics, impressive transparency and dynamics, shimmering highs and tight extended bass. The soundstage is expansive and the images tightly presented. I’m not sure it can get much better than the original given how well-pressed Columbia records were in those days, especially if you have a clean original.

We, however, seem to hold precisely the opposite view. I quote from our review:

Why did it take us so long [to do a Hot Stamper shootout]? Let me ask you this: have you ever played this album? The average copy of this record is a sonic MESS. Even the best copies have problems.

We then go on to discuss in detail what most copies do wrong and what to listen for in order to find a copy that gets it right. (More on that later.)

There are two reissues of this. One is from Sundazed and there’s a far more expensive one from Speakers Corner…

The Speakers Corner reissue, which uses the wrong label art is pressed at Pallas and consequently it’s quieter and better finished overall. However, the Sundazed copy I got was very well finished and reasonably quiet, but not as quiet.

On the other hand the Speakers Corner version was somewhat more hyped up at the frequency extremes and cut somewhat hotter, but not objectionably so. The Sundazed sounds somewhat closer to the original overall, so for half the price, you do the math!

“Somewhat hyped up”? We liked it a whole lot less than Mr. Fremer apparently did. Early last year I gave it a big fat F for FAILURE, writing at the time:

This is the worst sounding Heavy Vinyl Reissue LP I have heard in longer than I can remember. To make a record sound this bad you have to work at it.

What the hell were they thinking? Any audiophile record dealer that would sell you this record should be run out of town on a rail. Of course that won’t happen, because every last one of them (present company excluded) will be carrying it, of that you can be sure.

Just when you think it can’t get any worse, out comes a record like this to prove that it can. I look forward to Fremer’s rave review.

I’m sorry to say Mr. Fremer actually prefers the Sundazed (a record I have never played and have no intention of ever playing). He’s so helpful. He lets us know that it is “…somewhat closer to the original overall…”

What gets me is that he spends as much time talking about the surfaces of the two pressings as he does the sound, which is hardly any time at all!

Contrast that with our Hot Stamper listing from 2009.

This copy blew the doors off the competition, earning our highest grade of A Triple Plus and giving us a whole new appreciation for what this record can really sound like! Who knew? The brass has power on this copy like we’ve never heard before. The bass was bigger and bolder than any other; finally, here is the kind of rock sound we were always looking for on the album but could never find, until now.

We discuss some of those pesky “shortcomings” that Mr. Fremer didn’t seem to notice:

Keep in mind this is no demo disc and never will be. Kooper’s voice tends to be recorded in a dry acoustic and it seems like they let his voice run unlimited in places — he can really screech in spots. The problem is in the mix. The solution some mastering engineers chose is to compress the hell out of everything — not good — or take too big of a chunk out of the presence region, smearing the brass in the process.

How About the Red Label Pressings

Fremer doesn’t bother to mention them, but we do. We take our job — finding you better records — seriously. We’ve played plenty of Red Label pressings over the years and at this point we probably won’t be bothering to play them anymore. (This should not reflect badly on the Red Label Columbia pressings of other albums, many of which are superb and some of which are the best sounding pressings we have ever played. Those of you who have been reading our Hot Stamper commentaries should be able to think of at least a few.)

The audio world is crying out for good sounding pressings of these Classic Albums (isn’t it?) but the labels that have so far seen fit to reissue them have done a passable-at-best to downright-awful job of it. Early on Columbia reissued them as well, on the plain Red Label, and the sound is pretty plain on that label all right. We couldn’t find any magic in the grooves of those pressings and gave up after hearing four or five. Feh.

Then we explain in some detail what the best copies have to offer you, the intelligent, interested audiophile, the person who doesn’t want to settle for a twenty dollar reissue that’s “somewhat closer” to the original.

Every once in a while you hear a pressing in which the right balance is struck, and this is one of those. You have to put up with a few rough patches to get the overall sound that serves most of the music properly. No copy will do it all; with this album the goal is to do the best you can. When it’s working it’s fantastic; the big Al Kooper songs are so good when they have the energy and dynamic drive that brings out the power of the emotion in the lyrics.

Then we get right down to brass tacks with advice concerning specific aspects of the sound that you should be evaluating in your own copies — notice I said “copies,” plural, not copy, singular, as in the case of Mr. Fremer. You can’t really do this High Quality Record Collecting Thing with one copy of the album to judge. That data set is woefully inadequate on every level. Five would be the minimum number of copies you would need, and ten would be far, far better. In fact ten would make a great shootout. (I doubt that even we had ten clean 360 copies.)

This record needs fullness; the copies that were thin, like most of the reissues, were unlistenable, way too shrill and spitty. Next you want the life of the music to come through, which means presence and dynamics. Third, you want some tubey magic, but not so much tubey magic that the sound turns smeary and veiled. The brass should have some bite. What good is a Blood Sweat and Tears album with smeary veiled brass? Last but not least, the best copies most of the time will have all the qualities above, and one more: they won’t hurt your ears too often. Every once in a while, maybe. But if you turn up your copy and it is just a mess for song after song, you have a copy not unlike most of what is out there, because most of what is out there is JUNK.