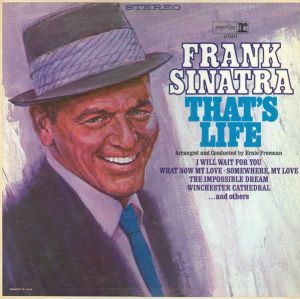 This original Reprise LP has the MIDRANGE MAGIC that’s missing from the later reissues. It gives you the sense that Frank Sinatra is right in front of you.

We know a fair bit about the man’s recordings at this point. As of today we’ve done commentaries for 30 different Sinatra shootouts, and that’s not even counting the other titles that either bombed or were sold off years ago.

An Orchestra Needs This Kind of Space

What We’re Listening For on That’s Life