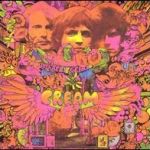 More of the Music of Cream

“No reissue we’ve ever played sounded especially good and none likely ever will.”

So, when it comes to bass and dynamics, yes, some copies have some, maybe even more than you remember.

Yes, as is clear from the above, we was wrong. It’s not the first time and it sure won’t be the last. We happily admit to our mistakes because we know that all this audio stuff and especially the search for Hot Stampers is a matter of trial and error. We do the trials; that’s how we avoid the kinds of errors most audiophiles and audiophile record dealers make when it comes to finding the best sounding records. Of course, being human we can’t help but make our share of mistakes. The difference is that we learn from them. We report the facts to the best of our ability every time out. Every record gets a chance to show us what it’s made of, regardless of where it was made, who made it or why they made it. (Like anybody cares.)

If we used to like it and now we don’t, that’s what you will read in our commentary. Our obligation is to only one person: you, the listener. (Even better: you, the customer. Buy something already!)

On every shootout we do now, if the notes are more than six months old we toss them out. They mean nothing. Things have changed, radically, and that’s the way it should be. With each passing year you should be hearing more of everything in your favorite LPs. That’s the thrill of this hobby — those silly old records just keep getting better! (I wish someone could figure out how to make digital get better. They’ve had twenty five years and it still leaves me cold. You too I’m guessing.)

We feel we are still right about this:

This Ain’t Dark Side of the Moon

You’re never going to hear this album sound as good as Dark Side Of The Moon. That said, the best sounding copies have RAW, HARD-ROCKIN’, POWER TRIO MAGIC in spades. You won’t believe all the ambience, echo, and midrange magic that is on this recording. (You won’t believe it probably because most of the pressings you’ve heard did such a poor job of showing it to you.)