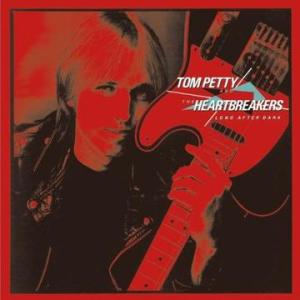 Long After Dark boasts the monster rocker You Got Lucky and very good sound considering that the album was recorded in 1982, not an especially good year (or decade) to be recording rock music.

This vintage Backstreet Records pressing has the kind of Tubey Magical Midrange that modern records can barely BEGIN to reproduce. Folks, that sound is gone and it sure isn’t showing signs of coming back. If you love hearing INTO a recording, actually being able to “see” the performers, and feeling as if you are sitting in the studio with the band, this is the record for you. It’s what vintage all analog recordings are known for —this sound.

Energy and rock and roll rhythmic drive are of course paramount.

Many copies were brighter than ideal, which is nothing new for Petty’s body of work but nonetheless far from the sound we find most pleasing.

What We’re Listening For on Long After Dark

Tom Petty and the Heartbreakers play a finely crafted brand of meat-and-potatoes rock. They shudder to a stop for the occasional ballad or showy guitar figure, but the next surging chorus is never far away. They’ve been honing that sound for five albums now, and Petty has gradually hoisted himself into the company of such masterful travelers of Route 66 as Seger and Springsteen.

No single thing about Long after Dark is startlingly great. Whatever your favorite Petty song is — be it “The Wild One, Forever” or “The Waiting” — you’re not likely to find it bettered here. But overall, Long after Dark is Petty’s most accomplished record.

After a few very precise probes into society’s darker doings (Hard Promises gave us a pair of characters who could easily share a jail cell with Springsteen’s Nebraska outlaws), Petty has narrowed his world to a one-on-one emotional connection and decided to cut a few simple truths into stone. He’s going about it with a trim, meticulously recorded group sound that makes every fistful of strings grabbed by Petty or Mike Campbell sound as near and natural as a fast river parted by rocks. His singing is bolder than ever, but full of nuance (a George Jones fan would be right at home for at least the first two lines of “You Got Lucky”).

Perhaps the reason there’s no one killer among these songs is the richly private nature of Long after Dark’s personality; it’s a suite of studies on the possibilities of amorous and brotherly love. The lover of “We Stand a Chance” is so stunned by these possibilities that he’s out of his head: “My whole world that is a fountain of flame.” This is the same flame that burned Hard Promises’ “Insider,” and that’s why, for Petty, talk of love is never cheap; long after dark, people succumb to the bitter torments of parting.

But parting, imminent and remembered, is the motif of most of the songs here. The strayed lovers of “A One Story Town” and “You Got Lucky,” the girl who becomes a “loaded gun” in “Change of Heart,” and the “flesh and bone” succubus of “Between Two Worlds” are all sending those they leave behind to Petty’s particularly bleak landscape of damnation. His notions are practically Victorian, but they make for compelling versifying.

Black sky, lonely streets, the hands of fate the singer wails for deliverance from — they’re all part of the “danger zone” where love ends. The quailing friend of “The Same Old You” is even afraid of the kind of healing, blasting rock that powers this album. But, Petty warns, nobody’s “bulletproof.” Part of Petty’s idea of salvation is a barbaric yawp. But against the lonely, dark road these songs look down, a barbaric yawp may be the best response.