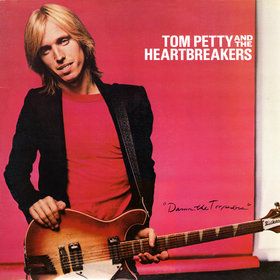 Credit must obviously go to the man behind the console, SHELLY YAKUS, someone who we freely admit, now with a sense of embarrassment, has never been one of our favorite engineers. After hearing a White Hot Stamper pressing of Damn the Torpedoes and a killer copy of Animal Notes we realize that we have been seriously underestimating the man.

If your Damn the Torpedoes doesn’t sound good (and it probably doesn’t), you sure can’t blame him – the master tape is mind-boggling in its size, weight, power and sheer rock n’ roll energy.

Our 2014 Hot Stamper copy had the kind of sound we never expected to hear on Damn The Torpedoes, an album that’s typically bright, thin, pinched and transistory – radio friendly but not especially audiophile friendly.

Well folks, all that’s changed, and by “all” I don’t necessarily mean all to include the records themselves. This may very well be a record that sounded gritty and pinched before it was cleaned. And our stereo has come a long way in the last five or ten years, as I hope yours has too.

One sign that you’re making progress in this hobby is that at least some of the records you’ve played recently, records that had never sounded especially good before, may now be sounding very good indeed. In our case Damn the Torpedoes is one of those records. It’s the best sounding Tom Petty album we have ever played.

What We’re Listening For on Damn The Torpedoes

His first two albums are also classics, IMHO, and we’ve done Hot Stamper shootouts for both. You’re Gonna Get It, his second release, is my personal favorite. After “Damn” I kind of gave up on him as an album artist: a few tracks here and there sparkle but mostly what I hear is variations of his earlier and better material, with brighter and brighter, thinner and thinner sound.

Don’t Do Me Like That
You Tell Me
What Are You Doin’ in My Life?
Louisiana Rain

… there are purpose and passion behind the performances that makes Damn the Torpedoes an invigorating listen all the same. Few mainstream rock albums of the late ’70s and early ’80s were quite as strong as this, and it still stands as one of the great records of the album rock era.