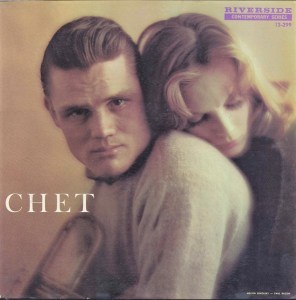 The albums he did for Pacific Jazz in the ’50s can be wonderful but few have survived in audiophile playing condition.

The Mariachi Brass albums are as awful as everyone says — we know, we too have played them. The album he recorded for CTI in 1974, She Was Too Good To Me, is excellent and will be coming to the site again soon I hope.

We’d never heard the record sound better than in our most recent shootout, and that’s coming from someone who’s been playing the album since it was first reissued in the ’80s.

One further note: the Heavy Vinyl pressings being made today, twenty-five years later, have a similar suite of shortcomings, sounding every bit as bad if not worse, and fooling the same audiophile reviewers and their followers to this very day. Nothing has changed, other than we have come along to offer the discriminating audiophile an alternative to the muddy messes these labels have been churning out.

Side One Vs Side Two

Going back through a big pile of copies I was struck by the fact that the sonic grades for side two are fairly consistently one half grade lower than those for side one. Why that is I have no idea; side two may be a bit more complex and therefore harder to master and press. For whatever reason, many copies had a slightly better sounding side one than side two.

What We’re Listening For on Chet

A popular 1959 release by Chet Baker, this Riverside issue captures the gifted but troubled trumpeter at his best. It might even qualify as Baker’s most satisfying and representative recording.

Although Baker’s reputation as a singer has steadily risen, those who tend to dismiss his androgynous vocals as secondary to his trumpet playing will be happy to know that on Chet he devotes himself exclusively to the horn. Moreover, for all of the stereotypical notions about 1950s West Coast jazz as sterile, “white, and cerebral, this is truly bicoastal and genre-resistant music.

Call it Art Pepper Meets the Rhythm Section: The Sequel, with Baker replacing the original star of the legendary session that featured the altoist with a supporting cast of Miles Davis’ rhythm section. The only difference is that by the time of Baker’s meeting with the era’s most admired supporting trio, pianist Bill Evans had replaced Red Garland—hardly a setback for Baker’s exquisitely minimalist approach on this occasion.

Baker’s playing on some contemporaneous dates comes close to conventional bebop [Picture of Heath (Pacific Jazz, 1961)], whereas some later recordings suffer from voguish over-production. Chet, on the other hand, is a session that allows the trumpeter to take his introspective time, encouraged by Evans’ spare accompaniment to transform these standards into vibrant, impressionistic etchings.

Moreover, the date isn’t weighed down by the cloying sponginess of some later Baker period pieces with electronic synths and reverb assists [She Was Too Good for Me (Columbia, 1974)]. These are beautiful deconstructions of familiar pieces, each slowed to a virtually tempo-less, seductively languorous meditation—a sigh, a whisper, a breath of spring (and autumn).

Evans’ crystalline piano voicings provide a mood-setting introduction reminiscent of his lead-in for Miles Davis on Blue in Green [Kind of Blue (Columbia, 1959)], here doing the same for the equally laconic Baker on the first eight bars of Alone Together. Pepper Adams’ baritone maintains the mournful spell on the second eight before Herbie Mann’s bottomed-out flute whispers the bridge, leading to a chorus by Baker that seems more soliloquy than solo.

“How High the Moon must be the most slow and deliberative version of this 1940s swing classic ever recorded, while “‘Tis Autumn, with a short but especially evocative introduction by Evans, virtually erases time and motion on what certainly has to be the definitive version of this venerable standard. Baker’s articulations and tones—vibratoless, initially squeezed and accompanied by a little rush of audible air prior to the registering of a musical pitch—penetrate the stillness with almost eerily Davis-like poignancy.

Guitarist Kenny Burrell spells Evans on a couple of tracks and drummer Connie Kay does the same for Philly Joe Jones who, along with Evans and bassist Paul Chambers, offers further testimony to Miles Davis’ unerring judgment in picking rhythm sections. The set comes down to earth by closing with a moody, extended, quasi-grooving blues, giving the lie to those who claim Bill Evans couldn’t play the elemental twelve-bar form.