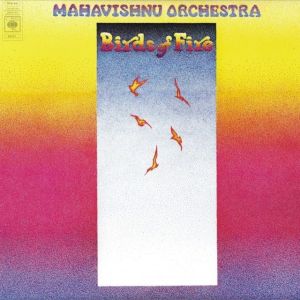 The amazing engineer Ken Scott (Ziggy Stardust, Magical Mystery Tour, Honky Chateau) is the man responsible for the sound here, but the explosive dynamics are not just for show. They’re here for a reason. This music requires that level of sonic realism; better yet, demands it. In truth, the sound is not only up to the challenge of expressing the life of the music on this album, it positively enhances it.

Those monster Billy Cobham drum rolls that run across the soundstage from wall to wall may be a recording studio trick, but they’re there to draw your attention to his amazing powers, and it works! The drums are everywhere on this album, constantly jumping out of the soundfield and taking the energy of the music into the stratosphere where it belongs.

We know of few recordings where the drums are placed so prominently in the mix, almost as if the rest of the band is there to support the drummer. (On Cobham’s solo albums that is indeed the case.)

But that’s precisely what makes this record such a joy to listen to. The drummer is virtually out of his mind on most of these songs, and the rest of the band have to step up their game just to keep up with the guy.

What We’re Listening For on Birds of Fire

The main problem with this record is a lack of midrange presence. If the keyboards, drums, and guitars are not right in front of you,, your copy does not have all the presence it should. On the best copies, the musicians are in the room with you. We know this for a fact because we heard the copies that could present them that way, and we heard it more than once.

Which of course gets to the reason shootouts are the only real way to learn about records. The best copies will show you qualities in the sound you had no way of knowing were possible. Without the freakishly good pressings, you run into by chance in a shootout you have no way to know how high is up. On this record up is very high indeed.

Birds of Fire as a recording is not about depth or soundstage or ambience. It’s about immediacy, plain and simple. All the lead instruments positively jump out of the speakers — if you are lucky enough to be playing the right pressing. This is precisely what we want our best Hot Stampers to do. The better they do it, the higher their grade.

Both can be good in our experience.  For a while we were convinced that the British originals were the way to go, but since then we’ve found domestic pressings that were their equal. We do the same shootouts over and over, and it’s not unusual for the rules to get broken. The records tell us their stories. Our job is to keep our minds and our ears open enough to hear what they are trying to say.

Birds of Fire
Miles Beyond

Listen for the powerful kick drum underneath the music. On the better copies it will kick like a mule.

The snare should sound very clear and very real on this track. If your system is slow, veiled or thick, or you have a mediocre copy, that snare sound will not impress you much. Get a Hot Stamper and work on your system until it sounds impressive, it will be worth it.

Another track with a brilliantly recorded snare. Ken Scott recorded the super fat drums on Ziggy Stardust, but he knows how to record a snare to sound exactly like the real thing when the music calls for it. This is Fusion, not Glam, and the snare sound on the best copies is about as good as it gets on vinyl.

Emboldened by the popularity of Inner Mounting Flame among rock audiences, the first Mahavishnu Orchestra set out to further define and refine its blistering jazz-rock direction in its second — and, no thanks to internal feuding, last — studio album. Although it has much of the screaming rock energy and sometimes exaggerated competitive frenzy of its predecessor, Birds of Fire is audibly more varied in texture, even more tightly organized, and thankfully more musical in content.

A remarkable example of precisely choreographed, high-speed solo trading — with John McLaughlin, Jerry Goodman, and Jan Hammer all of one mind, supported by Billy Cobham’s machine-gun drumming and Rick Laird’s dancing bass — can be heard on the aptly named “One Word,” and the title track is a defining moment of the group’s nearly atonal fury…

This album actually became a major crossover hit, rising to number 15 on the pop album charts, and it remains the key item in the first Mahavishnu Orchestra’s slim discography.