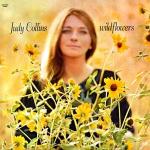 Sometimes the Hits Are Mastered from Sub-Generation Tapes…

And There’s Not Much You Can Do About It

One thing I’ve noticed about audiophiles over the years is that they’re pretty much like most other people.

The difference of course is that they call themselves audiophiles, and audiophiles are supposed to care about sound quality.

They may care about it, but are they capable of recognizing high quality sound? What is the evidence for the affirmative in this proposition?

Are they actually capable of critical listening?

Do they listen critically enough to notice a dubby track on an otherwise good sounding record when they hear it?

Or dubby sound in general?

Progress in audio is possible, but only if you know that you are not already at the top of the mountain. The first thing you need to do is to appreciate just how much serious climbing is left to do.

Grammy Award for Best Folk Performance that year by the way.

Soothing. Unique. Natural. These are clear adjectives used best when describing the style and grace of Judy Collins and her album Wildflowers. Her blend of folk and meditative music paints a tapestry of soft, nurturing colors that transcends the mind of the listener and seeks one’s soul. Much of the material feels uplifting and full of spirit, or even spiritual to some degree.

Records that sound best this way: