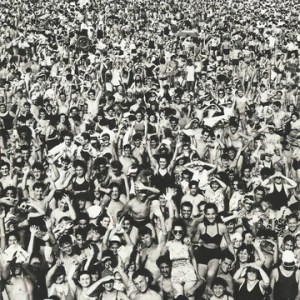 This original British Epic pressing has the kind of Tubey Magical Midrange that modern records rarely even BEGIN to reproduce. Folks, that sound is gone and it sure isn’t showing signs of coming back. If you love hearing INTO a recording, actually being able to “see” the performers, and feeling as if you are sitting in the studio with George Michael, this is the record for you. It’s what vintage all analog recordings are known for — this sound.

This original British Epic pressing has the kind of Tubey Magical Midrange that modern records can barely BEGIN to reproduce. Folks, that sound is gone and it sure isn’t showing signs of coming back. If you love hearing INTO a recording, actually being able to “see” the performers, and feeling as if you are sitting in the studio with the band, this is the record for you. It’s what vintage all analog recordings are known for — this sound.

And of course the CD is a joke compared to the good British vinyl we are offering here.

What The Best Sides Of Listen Without Prejudice, Vol. 1 Have To Offer Is Not Hard To Hear

Rock in the Eighties and Nineties

For Big Production Rock Albums such as this, there are some obvious problem areas that are heard on one or both sides of practically any copy of Listen Without Prejudice, Vol. 1.

With so many heavily-produced instruments crammed into the soundfield, if the overall sound is at all veiled, recessed or smeared — problems common to 90+% of the records we play in our shootouts — the mix quickly becomes congested, forcing the listener to work too hard to separate out the elements of musical interest.

Transparency, clarity and presence are key. Note that none of the British copies we played was excessively thin. (Unlike the domestic copies — they are clearly made from dubs and lack the richness only found on the imports.) Most had a fair amount of Tubey Magic and bass, so thankfully that was almost never a problem.

However, many did lack top end extension and transparency to some degree, and many were overly compressed. The sides that had sound that jumped out of the speakers, with driving rhythmic energy, worked the best for us. They really brought this complex music to life and allowed us to make sense of it.

This is yet another definition of a Hot Stamper — it’s the copy that lets the music work as music.

What We’re Listening For On Listen Without Prejudice, Vol. 1

This is a spectacular album! I was in high school when Faith came out and my indie / punk / college-radio ethos made me almost violently opposed to that album and all it represented. Fast forward a few years, house and techno are creeping into my collection and Freedom ’90 drops. Not Earth-shattering, but over 3-4 weeks it drilled itself into my head and wouldn’t leave.

I gave in and picked up LWP, Vol. 1 on a whim and that is when the Earth shook for me. These songs are great because they showcase GM’s voice in so many different lights. The production is stellar and the variety of music is impressive. Perhaps the best compliment I can give this album is that it allowed me to hear Faith again “without prejudice” and eventually love that album too.