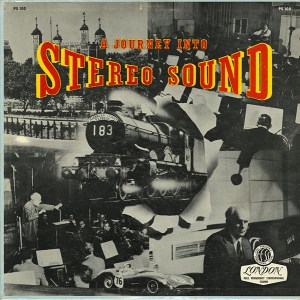 INSANELY GOOD vintage Decca sound from 1958 — bigger, richer and more Tubey Magical than 9 out of 10 (or more!) records we’ve ever played from the pre-’60s early stereo Golden Age. How they got this one so right is beyond me.

We were sorely tempted to grade it White Hot, but chose instead to err on the side of modesty and call it A++ to A+++ or better (which is practically White Hot when you think about it).

Can it be that THIS was the first stereophonic sound music lovers of the world were exposed to on LP? (Stereo tapes may have existed in 1954, but they had to wait until 1958 to be transferred to vinyl.)

Could we possibly have fallen so far in only fifty years?

Judging by the quality of the sound on this copy — dramatically better than others we’ve played, and quieter too — the answer can only be a resounding yes. If you like your sound BIG and LUSH, this record is guaranteed to blow your mind.

Rather surprisingly there is a Heavy Vinyl import reissue of this album available, at a cost of $50, not cheap by any means and undoubtedly a pale shadow of this London Blueback LP. There is simply no chance in the world that a recording of this fidelity could be mastered and pressed properly these days — we sure haven’t heard one, and we’ve played them by the hundreds. We implore anyone who made the mistake of buying such a modern record to pick this one up and hear what they couldn’t possibly know they were missing, but is nevertheless clearly audible on this very pressing for all to enjoy.

Capriccio Espangol (Excerpt)
O Divine Redeemer
Only One Of You
Another Time
June Is Busting Out All Over
Piano Concerto No., 27 In B Flat Major (K. 595) (Excerpt)
Portrait Painter Of Paree
Fantastique, Opus 14 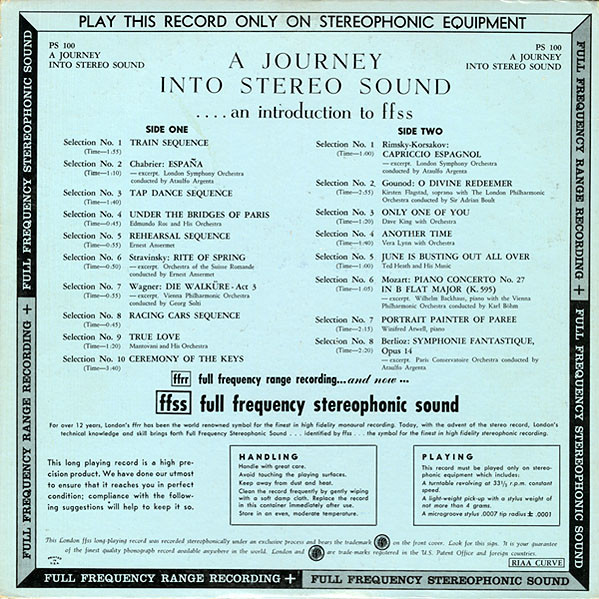