A Record We May Never Shootout Again

Some records were just too much work to find, too expensive to buy.

This is one such album. Our last shootout was in 2007!

The link above will take you to many more. 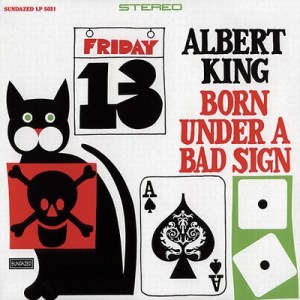 This original Stax LP has AMAZING sound. You could not make this record sound any better. We really liked the Sundazed copy of this record until we heard this bad boy. It MURDERS the Sundazed! It has more life, energy and natural presence.

We always suspected that a good original pressing would be better than the Sundazed but we had no way of knowing since all the copies we ever saw were beat to death. This is the first clean copy of this record I’ve seen in 20 years.

The sound is RICH and FULL with lots of texture to the guitars. It’s very natural sounding and full-bodied.

Like many of these old Stax pressings this record would benefit from a bit more extension on the top end. If you can add a a click of treble the sound will be even more out of this world.

It was immediately influential at the time and, over the years, it has only grown in stature as one of the very greatest electric blues albums of all time. Initially, these sessions were just released as singles, but they were soon compiled as King’s Stax debut, Born Under a Bad Sign. Certainly, the concentration of singles gives the album a consistency — these were songs devised to get attention — but, years later, it’s astounding how strong this catalog of songs is: “Born Under a Bad Sign,” “Crosscut Saw,” “Oh Pretty Woman,” “The Hunter,” “Personal Manager,” and “Laundromat Blues” form the very foundation of Albert King’s musical identity and legacy. Few blues albums are this on a cut-by-cut level; the songs are exceptional and the performances are rich, from King’s dynamic playing to the Southern funk of the MGs.