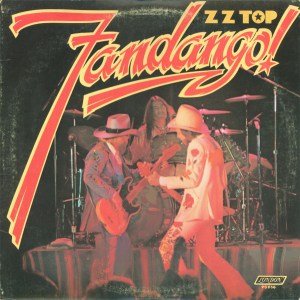 Nearly White Hot Stamper pressings have top-quality sound that’s often surprisingly close to our White Hots, but they sell at substantial discounts to our Shootout Winners, making them a relative bargain in the world of Hot Stampers (“relative” being relative considering the prices we charge). We feel you get what you pay for here at Better Records, and if ever you don’t agree, please feel free to return the record for a full refund, no questions asked.

Vintage covers for this album are hard to find in exceptionally clean shape. Most of them will have at least some amount of ringwear, seam wear and edge wear. We guarantee that the cover we supply with this Hot Stamper is at least VG, and it will probably be VG+. If you are picky about your covers please let us know in advance so that we can be sure we have a nice cover for you.

This London pressing has the kind of Tubey Magical Midrange that modern records can barely BEGIN to reproduce. Folks, that sound is gone and it sure isn’t showing signs of coming back. If you love hearing INTO a recording, actually being able to “see” the performers, and feeling as if you are sitting in the studio with the band, this is the record for you. It’s what vintage all analog recordings are known for — this sound.

What the Best Sides of Fandango! Have to Offer Is Not Hard to Hear 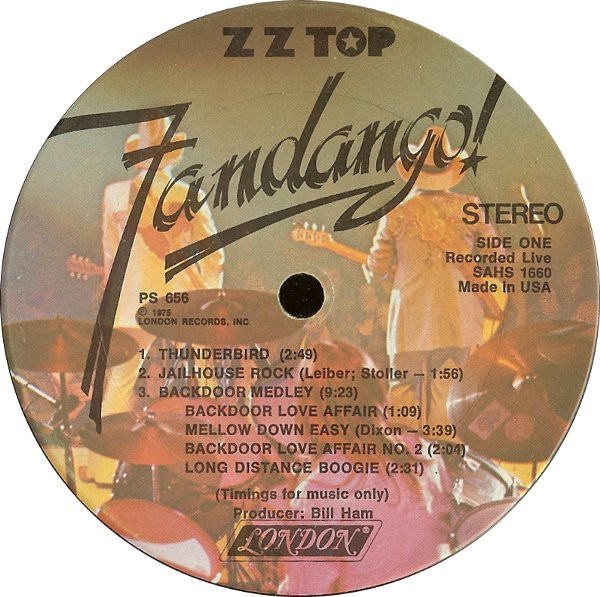 Rhino remastered Fandango in 2011, so we took the opportunity to play some of our domestic pressings up against their Heavy Vinyl LP. The results were mixed; most of our originals pressings were lackluster, many were noisy, and we just weren’t hearing anything with the sound we thought deserved to be called a Hot Stamper.

We shelved the project for another day. In the interim, we kept buying domestic pressings — originals and reissues — in the hopes that something good would come our way.

Fast forward four years to 2015. We drop the needle on a random pressing and finally — finally — hear a copy that rocks like we knew a ZZ Top album should. With that LP as a benchmark, we got a shootout up and running and the result set the new standard.

How did the Rhino remaster fare once we had some truly Hot Stamper pressings to play it against?

Not well. It’s tonally correct, with a real top and bottom, something that a substantial number of copies cannot lay claim to.

But the sound is stuck behind the speakers, veiled, and sorely lacking in energy and excitement. The transparency is of course compromised on all these new reissues, and without transparency and resolution, much of the audience participation on the first side is lost.

I won’t say the new pressing is boring. Let’s just say it’s a lot more boring than it should be.

What We’re Listening For on Fandango!

Blessed with their first full-fledged hit album, ZZ Top followed it up with Fandango!, a record split between a side of live tracks and a side of new studio cuts.

… they were a kick-ass live band, and they do sound good here… these are really good live cuts — and “Backdoor Medley” and “Jailhouse Rock” were fine interpretations, making familiar songs sound utterly comfortable in their signature sound — and Fandango! remains one of their better albums…