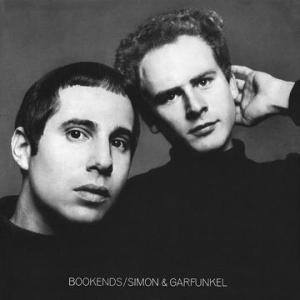 The best copies of Bookends and Parsley, Sage, Rosemary and Thyme are a sonic step up in class from anything else these two guys ever released. If you’re looking for the Ultimate Audiophile Simon & Garfunkel record, you just can’t do better than a killer Hot Stamper pressing of either title.

This album has exceptional bass as well as lovely midrange magic on the guitars and voices. There’s plenty of studio ambience on most tracks, especially the simpler, more folky ones.

Do you know how hard it is to find a clean copy of this record? I’ll bet we look at 50 every year and probably buy no more than a few, which, after cleaning and going into a shootout may or may not sound good or have audiophile quality surfaces.

What We’re Listening For on Bookends

The bigger production songs on this album have a tendency to get congested on even the best pressings, which is not uncommon for Four Track recordings from the ’60s. Those of you with properly set up high-dollar front ends should have less of a problem than some. $3000 cartridges can usually deal with this kind of complex information better than $300 ones.

But not always. Expensive does not always mean better since painstaking and exacting set up is so essential to proper playback.

The supremely talented Roy Halee handled the engineering duties. Not the most ‘natural” sounding record he ever made, but that’s clearly not what he or the duo were going for. The three of them would obviously take their sound much farther in that direction with the Grammy-winning Bridge Over Troubled Water from 1970.

The Wrecking Crew provided top quality backup, with Hal Blaine on drums and percussion, Joe Osborn on bass and Larry Knechtel on piano and keyboards.

Think about it: if you had only seven copies, you might not have ever gotten to hear a copy that sounded that open and clear. And how many even dedicated audiophiles would have more than one of two clean original copies with which to do a shootout? These records are expensive and hard to come by in good shape. Believe us, we know whereof we speak when it comes to getting hold of original pressings of Classic Folk Rock albums.