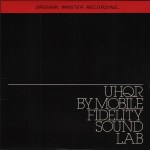 Today’s vinyl-loving audiophile seems to be making the same mistakes I was making more than forty years ago. Heavy Vinyl, the 45 RPM 2 LP pressing, the Half-Speed Limited Edition — aren’t these all just audiophile fads, each with a track record of mediocre sound progressively worse than the next?

In my formative years in audio, starting in the mid-’70s, it would never have occurred to me to buy more than one copy of a record and do a head to head comparison to see which one sounded better. I approached the subject Platonically, not scientifically: the record that should sound better would sound better.

A Guide to Understanding The Fundamentals And if doing all that work is also your idea of fun, you just might get really good at it. If you actually enjoy playing five or ten or even fifteen copies of the same album to find the few that really sound good, and the one that sounds amazing — because hearing your favorite music the way it was meant to be heard is a positive thrill — then you just might end up with one helluva record collection, worlds better than one filled with audiophile pressings from any era, most especially the present.