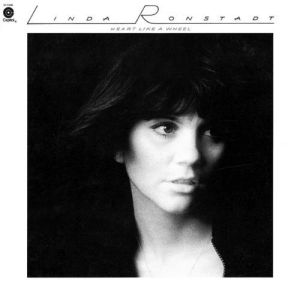 I’ve been playing HLAW since the year it came out, roughly 48 years by my calculation, and I can tell you it is no easy task to find this kind of smooth, sweet, analog sound on the album. Folks, we heard it for ourselves: the Heart Like A Wheel magic is here on practically every song.

Pay special attention to Andrew Gold’s Abbey Road-ish guitars heard throughout the album. He is all over this record, playing piano, guitar, percussion and singing in the background. If anybody deserves credit besides Linda for the success of HLAW, it’s Andrew Gold.

A key test on either side was to listen to all the multi-tracked guitars and see how easy it was to separate each of them out in the mix. Most of the time they are just one big jangly blur. The best copies let you hear how many guitars there are and what each of them is doing.

What We’re Listening For On Heart Like A Wheel

Not only is it hard to find great copies of this album, it ain’t easy to play ’em either. You’re going to need a hi-res, super low distortion front end with careful adjustment of your arm in every area — VTA, tracking weight, azimuth and anti-skate — in order to play this album properly. If you’ve got the goods, you’re gonna love the way this copy sounds. Play it with a budget cart / table / arm and you’re likely to hear a great deal less magic than we did.

The Tracklist tab above will take you to a select song breakdown for each side, with plenty of What To Listen For advice. Other records with track breakdowns can be found here.

Linda’s Masterpiece, and a recording that should be part of any serious Popular Music Collection. Others that belong in that category can be found here.

Right from the git-go, if the opening drum and bass intro on this one doesn’t get your foot tapping, something definitely ain’t right. Check to make sure your stereo is working up to par with a record you know well. If it is, your copy of HLAW belongs on the reject pile along with the other 90% of the copies ever pressed.

Amazing acoustic guitars! Lots of tubey magic for a mid-’70s pop album. And just listen to the breathy quality of Linda’s voice. She’s swimming in echo, but it’s a good kind of echo. Being able to hear so much of it tells you that your pressing is one of the few with tremendous transparency and high resolution.

Another superb arrangement with excellent sound. The banjo that opens this track is key — the picking should have a very strong plucky quality, with lovely trailing harmonics, even some fret buzz. So many copies are veiled or blunted sounding; this clearly demonstrates a lack of transient information. The copies without the trailing harmonics lack resolution. Once you hear either of these problems on the banjo, you can be sure to find them on the voices and guitars throughout the side.

That the Cisco pressing doesn’t do a very good job with the banjo should be clear for all to hear. If you want the sound of the real thing only the best Capitol pressings are going to give it to you.

The Dark End of the Street

We love the meaty, dark and distorted guitars at the opening of this one; really sets the tone.

When Will I Be Loved?

This presumptive Hit Single has lots of multi-tracked instruments crammed into its mix, a mix which is ready for radio and plenty processed and compressed to suit the Top 40 format. What that means for us audiophiles is not that the sound will be bad, rather that it will have a set of sonic characteristics in common with most of the original pressings: a little grit, yes, that is to be expected, but what one hears more often than not is a murky, dark, muddy quality to the midrange.

It’s the rare copy that presents a breathy, present , clear Linda Ronstadt on this track. Which is why it’s a great test track. If this track sounds right you can be pretty sure that everything that follows will too (up to a point naturally).

This track has the lovely and talented Emmylou Harris on harmony vocal. Between her and Linda cthere is a great deal of midrange and upper midrange energy on this track which will tend to strain on most copies.

Is that strain the result of bad mastering? Bad pressing quality? Bad vinyl? Some combination of all three? No one can say, and what difference does it make anyway? The proof of the pudding is in the eating. The proof of a good sounding side two is right there on track three. If there’s anything unnatural in the midrange, this song will not be a pleasant listening experience for you, dear reader.

Keep Me from Blowing Away

Linda’s voice here is sweet as honey. On the best copies this one should sound transparent and quite natural. Linda excels at this kind of song, but she stopped doing material like this soon after this album came out. That’s about the time I lost interest in her.

You Can Close Your Eyes

This is one of my all time favorite James Taylor songs. Linda does a lovely version of it here over a superb arrangement with top quality audiophile sound to match. What a great ending for the album, with her old buddies The Eagles backing her up. It takes this brilliant album out on a high note.

Following the same formula as her early records, Heart Like a Wheel doesn’t appear to be a great breakthrough on the surface. However, Ronstadt comes into her own on this mix of oldies and contemporary classics. Backed by a fleet of Los Angeles musicians, Ronstadt sings with vigor and passion, helping bring the music alive.

But what really makes Heart Like a Wheel a breakthrough is the inventive arrangements that producer Peter Asher, Ronstadt, and the studio musicians have developed. Finding the right note for each song — whether it’s the soulful reworking of “When Will I Be Loved,” the hit “You’re No Good,” or the laid-back folk-rock of “Willing” — the musicians help turn Heart Like a Wheel into a veritable catalog of Californian soft rock, and it stands as a landmark of ’70s mainstream pop/rock. 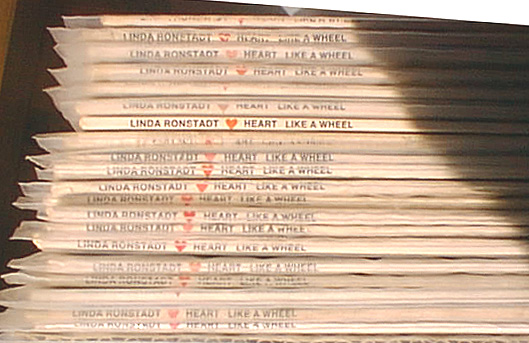