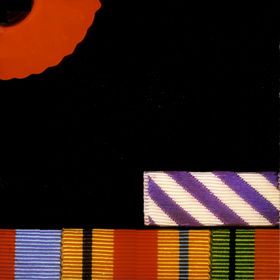 Everything we’ve looked for in a great copy of The Final Cut is here: incredible immediacy; punchy lows; extended highs; spaciousness and transparency; depth to the soundfield and so forth. In a word, the sound on this copy is POWERFUL — an excellent way to experience this music!

If you weren’t a fan of The Wall, I can’t imagine this one is going to be your cup of tea, but Pink Floyd fanatics will likely be very happy with the sound we found on this copy. Most of them we played weren’t anything like this!

This vintage Harvest UK pressing has the kind of Tubey Magical Midrange that modern records can barely BEGIN to reproduce. Folks, that sound is gone and it sure isn’t showing signs of coming back. If you love hearing INTO a recording, actually being able to “see” the performers, and feeling as if you are sitting in the studio with the band, this is the record for you. It’s what vintage all analog recordings are known for — this sound.

What We’re Listening For on The Final Cut

This may be art rock’s crowning masterpiece, but it is also something more. With The Final Cut, Pink Floyd caps its career in classic form, and leader Roger Waters — for whom the group has long since become little more than a pseudonym — finally steps out from behind the “Wall” where last we left him. The result is essentially a Roger Waters solo album, and it’s a superlative achievement on several levels.

Not since Bob Dylan’s “Masters of War” twenty years ago has a popular artist unleashed upon the world political order a moral contempt so corrosively convincing, or a life-loving hatred so bracing and brilliantly sustained. Dismissed in the past as a mere misogynist, a ranting crank, Waters here finds his focus at last, and with it a new humanity. And with the departure of keyboardist Richard Wright and his synthesizers — and the advent of a new “holophonic” recording technique — the music has taken on deep, mahogany-hued tones, mainly provided by piano, harmonium and real strings. The effect of these internal shifts is all the more exhilarating for being totally unexpected. By comparison, in almost every way, The Wall was only a warm-up.

The Final Cut began as a modest expansion upon the soundtrack of the film version of The Wall, with a few new songs added and its release scheduled for the latter half of 1982. In the interim, however, the movie, a grotesquely misconceived collaboration between Waters and director Alan Parker, was released to a general thud of incomprehension. Around the same time, Prime Minister Margaret Thatcher, irked by the unseemly antics of an Argentine despot, dispatched British troops halfway around the world to fight and die for the Falkland Islands.

That event, coming in the wake of his failed film statement, apparently stirred Waters to an artistic epiphany. Out of the jumbled obsessions of the original Wall album, he fastened on one primal and unifying obsession: the death of his father in the battle of Anzio in 1944. Thus, on The Final Cut, a child’s inability to accept the loss of the father he never knew has become the grown man’s refusal to accept the death politics that decimate each succeeding generation and threaten ever more clearly with each passing year to ultimately extinguish us all.

The album is dedicated to the memory of the long-lost Eric Fletcher Waters, and in one of its most memorable moments, his now-middle-aged son bitterly envisions a “Fletcher Memorial Home for incurable tyrants and kings,” one and all welcome, be they pompous butchers in comic-opera uniforms or smug statesmen in expensive suits. He presents a ghastly processional: “… please welcome Reagan and Haig/Mr. Begin and friend, Mrs. Thatcher and Paisley/Mr. Brezhnev and party…. And,” he coos, “now adding color, a group of anonymous Latin American meat packing glitterati.” With these “colonial wasters of life and limb” duly assembled, Waters inquires, with ominous delicacy: “Is everyone in?/Are you having a nice time?/Now the final solution can be applied.”