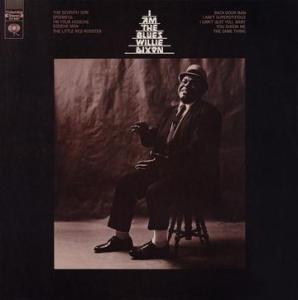 The material here is TOP NOTCH — Dixon was one of the blues’ greatest songwriters, responsible for Spoonful, Hoochie Coochie Man, Little Red Rooster, Back Door Man and other songs you’ve probably heard your favorite classic rock band covering. A copy such as this gives you more detail and texture, more extension up top and real weight to the bottom end — absolutely crucial for this music.

What the best sides of I Am the Blues have to offer is not hard to hear:

We had an absolute blast with this one. It’s the rare blues recording that has the audiophile goods, so it was a real treat to hear an album that could deliver authentic blues music with such strong sonics.

I Am The Blues was inducted into the Blues Hall of Fame in 1986.

What We’re Listening For on I Am The Blues

It was pretty easy to separate the men from the boys in this shootout. A quick drop of the needle on each side would immediately answer our number one question: “How BIG is the sound?” The copies that lacked top end extension or heft in the bottom end were just too boring. This is the BLUES, baby — you think it’s supposed to sound small?

Another problem we ran into on many copies was excessive smoothness. When a copy was overly rich or smeary, it usually lacked the “gritty” feel that music like this should have. I don’t know about you, but if I’m listening to the blues I am not looking for glossy sound. Give me the texture and the detail that Willie Dixon put on the tape. I don’t want his sound to be “fixed” after the fact.

The sound and the arrangements here are perfectly suited to Willie’s material. Since most vintage blues recordings leave a lot to be desired sonically, and most modern “hi-fi” blues recordings are less than engaging musically, this album is the cure for the blues-lovin’ audiophile’s blues!

The material is superb, consisting of some of Willie Dixon’s best-known songs of the 1960s, and the production is smoothly professional…

Having the audacity to state “I Am the Blues,” would be preposterous if uttered by almost any other musician, but for Willie Dixon the statement is very close to the truth. As the songwriter behind some of the biggest blues classics ever recorded, had made smash hits for the likes of Muddy Waters, Little Walter, Howlin’ Wolf and the rest of the legendary artists on the Chess Records roster back in the 1950s.

With this album he brought his signature style to many of those same classics. Like his bass playing, Dixon’s approach is mostly laid-back, lacking the aggression of the aforementioned wild men of the blues, but there is real joy in his voice, and his performances of these songs are about as good as you’ll hear done, excepting of course the iconic originals. 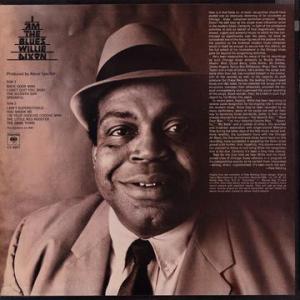