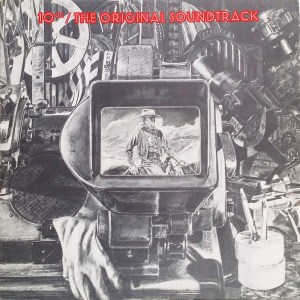 Reinventing The Wall of Sound The Right Way

This is the kind of record that makes you sit up and take notice. It’s classic 10cc everything-but-the-kitchen-sink “Wall of Sound” sound (minus the Phil Spector distortion), the kind Big Speaker guys like me live for.

Supertramp, Yes; Ambrosia; Blood, Sweat and Tears; Zeppelin; Bowie — to this day I’m a sucker for the Cinerama soundstage these musicians liked to play on. It’s one of the reasons I was the proud owner of the Legacy Whisper speaker system for close to ten years, with its eight fifteen inch woofer complement. You need that kind of piston power to produce The Really Big Sound with Super Low Distortion at Really High Levels. The louder the better.

We now have a pair of highly modified Focuses set up in our listening room. Three twelves per channel moves a fair amount of air too, and can do it with much less power, so that the system has much more resolving power than the Whispers could manage.

What We’re Listening For on The Original Soundtrack

We’re CRAZY About This Album

This was my first 10cc album, and I fell in love with it completely. Used to play it all the time. Une Nuit A Paris, the suite that opens side one, is just an phenomenal Demo Quality track. As you may have read elsewhere on the site, it’s the kind of sound that a big powerful stereo reproduces well. Even back in 1975 I had speakers nearly as tall as I was that weighed 300 pounds apiece (the famous Fulton J!), so playing a record like this was just a thrill.

It still is. I still love it. And I recommend it highly to those of you who are fans of the band. If you don’t know who 10cc are, this album and this band may not make much sense to you, but if you have an open mind and like Art Rock from the ’70s, you may end up falling for it the way I did all those years ago.

10cc’s Original Soundtrack is a fascinating record. Musically there’s more going on than in ten Yes albums, yet it’s generally as accessible as a straight pop band (though less so than the two preceding 10cc LPs). Lyrically 10cc pose an alternative to timeworn lovelorn laments or tortuous interior monologs: They deploy cliches for multilevel effect and utilize hyperbole and parable intelligently.

This is their most ambitious LP, marking a significant extension of their previous pop-styled stance. “Une Nuit a Paris,” for instance, is a three-part scenario featuring almost a dozen sordid characters (the band’s limitless vocal range comes in handy), done with appealing melodies and a sinister, seedy atmosphere — the two elements entirely compatible to 10cc.

“I’m Not in Love” is a shimmering romantic ballad (the equal of anything done recently by the Beach Boys) with a cruel cutting edge. The singer dashes the hopes of his paramour in no uncertain terms — or is it a coverup, a sendup or both?

“Brand New Day” propounds a dreary dogma of ultimate futility, with Calvinistic undercurrents — the general attitude can best be described as hopelessly pessimistic. The music, typically, is delicately pretty. “The Second Sitting for the Last Supper,” a musical contrast and the closest thing to an out-and-out rocker, is a biting clever antireligious diatribe.

Though in general the album is a listening delight, I’ve got scattered reservations about it. The music often becomes schizoid, changing to keep pace with the lyrical wizardry, until sometimes I’m tempted to file it away with Sparks records under Cleverness and forget it. But there’s really much more substance here. 10cc is among the few groups actively engaged in stretching rock’s restrictive boundaries in a constructive and meaningful manner, without falling prey to pretense or excess.

After having critically auditioned a pile of The Original Soundtracks it’s abundantly clear to us that our stereo system just plain loves this record. Let’s talk about why we think that might be.

As good as the DCC Gold CD is, this record has all the MAGIC of ANALOG vinyl — and then some. It’s the kind of sound you will never hear coming from a CD or digital source of any kind, trust me.

If there isn’t a huge difference in sound between the Hoffman DCC gold CD and your LP, I can tell you without fear of contradiction that you either

A): Need a better front end: turntable, arm, cartridge, phono stage, something. Of course it may just be improperly set up, always a possibility if you did not do it yourself or you are not an obsessive tweak when it comes to your table.

B): Or you have a bad copy (or a good uncleaned or poorly cleaned copy) of the vinyl.

C): Or it’s some combination of the two, which, if I can say without sounding too smug or arrogant, is the most likely scenario.