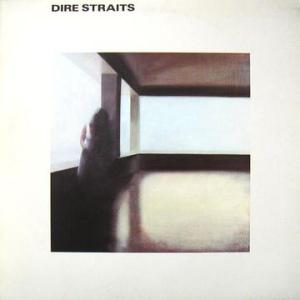 Rhett Davies, by virtue of the existence of this album alone, has proven that he belongs in the company of the greatest engineers of all time, right up there with the likes of Bill Porter, Ken Scott, Stephen Barncard, Geoff Emerick, Glyn Johns and others we could mention.

Need a refresher course in Tubey Magic after playing too many modern recordings or remasterings? These Vertigo pressings are overflowing with it. Rich, smooth, sweet, full of ambience, dead-on correct tonality — everything that we listen for in a great record is here.

This record is the very definition of Tubey Magic. No recordings will ever be made that sound like this again, and no CD will ever capture what is in the grooves of this record. There is of course a CD of this album, quite a number of them I’m sure, but those of us with good turntables could care less.

This vintage stereo pressing has the kind of Midrange Magic that modern records can rarely reproduce. Folks, that sound is gone and it ain’t coming back. If you love hearing INTO a recording, actually being able to “see” the performers, and feeling as if you are sitting in the studio with the band, this is the record for you. It’s what vintage All Tube Analog recordings are known for — this sound.

What We’re Listening For on Dire Straits

Water Of Love and Sultans of Swing on a Hot Stamper copy have the kind of Demo Disc sound that will have your audiophile friends drooling and turning green with envy. We can’t all afford $100,000 turntables, but when you have a record that sounds as good as our best pressings do, you don’t need one! A great copy makes it sound like you have 100k in your rig, whether you do or not.

You don’t need tube equipment to hear the prodigious amounts of Tubey Magic that exist on this recording. For those of you who’ve experienced top quality analog pressings of Meddle or Dark Side of the Moon, or practically any jazz album on Contemporary, whether played through tubes or transistors, that’s the luscious sound of Tubey Magic, and it is all over Dires Straits’ first album.

Sultans of Swing
In the Gallery
Wild West End
Lions

Dire Straits’ minimalist interpretation of pub rock had already crystallized by the time they released their eponymous debut. Driven by Mark Knopfler’s spare, tasteful guitar lines and his husky warbling, the album is a set of bluesy rockers.

And while the bar band mentality of pub-rock is at the core of Dire Straits — even the group’s breakthrough single, “Sultans of Swing,” offered a lament for a neglected pub rock band — their music is already beyond the simple boogies and shuffles of their forefathers, occasionally dipping into jazz and country.

Knopfler also shows an inclination toward Dylanesque imagery, which enhances the smoky, low-key atmosphere of the album. While a few of the songs fall flat, the album is remarkably accomplished for a debut, and Dire Straits had difficulty surpassing it throughout their career.