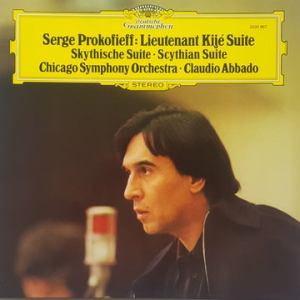 With huge amounts of hall space, weight and energy, this is DEMO DISC QUALITY SOUND by any standard. Once the needle has dropped you will quickly forget about the sound and simply find yourself in the presence of some of the greatest musicians of their generation captured on some of the greatest analog recordings of all time.

The bass drum (drums?) here must be heard to be believed. We know of no Golden Age recording with as believable a presentation of the instrument as this. The drum is clearly and precisely located at the back of the stage. Even better, it’s as huge and powerful and room-filling as it would have been had you attended the session yourself. That’s our idea of hi-fidelity here at Better Records! Since this is my favorite performance of all time, I can’t recommend the record any more highly.

Over the course of this and many other shootouts we’ve discovered that it’s practically impossible to find the right volume setting for this album. It’s so dynamic that no matter what volume you set it at the loud portions get too loud. There is a huge amount of deep bass on this recording and that, coupled with the practically unparalleled dynamics of the master tape, means that you must have a great deal of amplifier power to reproduce this record properly. Either that or a very efficient speaker such as a horn. I confess I would need a great deal more power than I have at my disposal to play the climaxes of this recording at realistic levels.

If you love these exciting orchestral works of Prokofiev’s, Claudio Abbado and the Chicago Symphony bring them to life on this record like no one else can.

For Kije there simply is no other performance of this caliber. It’s easily one of the Top 5 DG records that I know of. In fact, come to think of it, for SOUND and PERFORMANCE I would have to say it’s one of The Best Records on DG I have ever had the pleasure to play. The Planets with Steinberg and the Tchaikovsky Ist Piano Concerto with Richter would be in that distinguished group as well.

What We’re Listening For on this classical gem

My two cent’s worth: only Abbado really gets the whimsy and the wit of this work: the outright goofiness of the music portraying Kije bouncing down the road to war without a care in the world, until the incoming start coming in and all hell breaks loose. There are so many wonderful themes that Abbado finds new colors, tempi and phrasing for, especially in the way the saxophone is played. (On the best copies the timbre of the sax is right on the money.) If you’re like me you will no doubt find yourself whistling and humming these melodies for days after playing the album.

The opening is the quietest, and the most distant, of any version I’ve ever heard, exactly the way it should be, coming from the back of the hall and barely audible above the noise floor of the vinyl. Soon thereafter the big bass drums start beating, and you know you’re playing a very special record. Not a perfect record by any means but still one of the most magical I own.

If you’ve got a big speaker system, this is the kind of record it was designed to play. I’ve got one, because any speaker that can’t play this record, and others with this sort of orchestral power, is one I could never be happy with. And if your stereo doesn’t make you happy, what good is it?

The suite, in five movements broadly follows the plot:

1. Kijé’s Birth: Emperor Paul, listening to a report, mishears a phrase and concludes that the lieutenant exists. He demands that “Kijé” be promoted to his elite guard. It is an offence to contradict the Tsar, so the palace administrators must invent someone of that name.
2. Romance. The fictional lieutenant falls in love.
3. Kijé’s Wedding. Since the Tsar prefers his heroic soldiers to be married, the administrators concoct a fake wedding. The vodka that the Tsar approves for this event is very real.
4. Troika.
5. Kijé’s Burial. The administrators finally rid themselves of the non-existent lieutenant by saying he has died. The Tsar expresses his sadness, and the civil servants heave a sigh of relief.

According to the score, the duration of the Suite is 18 minutes.