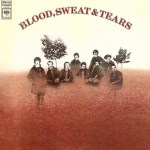 More Commentaries for the Music of Blood, Sweat and Tears

What follows is an excerpt from a much older letter in which the writer made the case, as best he could, that spending lots of money on records is foolish when for a dollar one can buy a perfectly good record at a thrift store and get exactly the same music and decent enough sound.

We think this is silly and, with a few rough calculations, a heavy dose of self-promotion and not a little bullying, we set out to prove that the average record is worthless. Prepare to confront our sophistic logic. (Yes, we are well aware that our reasoning is specious, but it’s no more specious than anybody else’s reasoning about records, so there.)

Jason, our letter writer, points out this fact:

Your records are a poor value in terms of investment. Until you convince the whole LP community that your HOT-STAMPER choices are the pinnacle of sound a buyer will never be able to re-sell B S & T for $300. Even if they swear it is the best sounding copy in the world.

We replied as follows:

If records are about money, then buying them at a thrift store for a buck apiece and getting something halfway decent makes perfect sense. As the Brits say, “that’s value for money.” If we sell you a Hot Stamper for, say, $500, can it really be five hundred times better?

I would argue that here the math is actually on our side. The average pressing is so close to worthless sonically that I would say that it isn’t even worth the one dollar Jason might pay for it in a thrift store. I might value it somewhere in the vicinity of a penny or two. Really? Yes indeed. Assuming it’s a record I know well, I probably know just how wonderful the record can really sound, and what that wonderful sound does to communicate the most important thing of all: the musical value. A copy that doesn’t do that — make the music come alive — has almost no value. It’s not zero, but it’s close to zero. Let’s assign it a nominal value. We’ll call it a penny.

What Have You Got to Lose?

You see, when I play a mediocre copy, I know what I’ve lost. Jason can’t know that. All he knows is what he hears coming from his mediocre equipment as his mediocre LP is playing. To him it sounds fine. To me it sounds like hell. (Hell is in fact the place where they make you listen to bad sounding records all day.)

Ignorance is bliss, and he is welcome to his. Being average is the lot of most of us, right? I’m average in most areas of life and make no bones about it. But I’m not average when it comes to this hobby. Because I enjoy it so much, I’ve worked very hard to become good at it.

This is precisely what Jason has utterly failed to grasp: that all the hard work we encourage you to do really does pay off. The end result is a dramatic increase in your enjoyment and appreciation of the music you play. Here his obtuseness is at its pig-headed worst. He wants us to believe he gets more out of his records by hearing less? If I understand the formula correctly, it goes something like: Mediocre Pressing plus Mediocre Stereo equals Real Musical Satisfaction.

Another way to look at it would be: Cheap Mediocre Pressing played on Cheap Mediocre Stereo gives The Most Musical Satisfaction Per Dollar. Now that actually may be true. A five hundred dollar record may not be five hundred times more satisfying than a one dollar record. Ten or fifty or a hundred times more satisfying, but probably not five hundred. So if you want to get one or two or five percent of the enjoyment out of your records as we do out of ours, you should take Jason’s advice. If you want to get more than that, you should try some of our Hot Stampers.