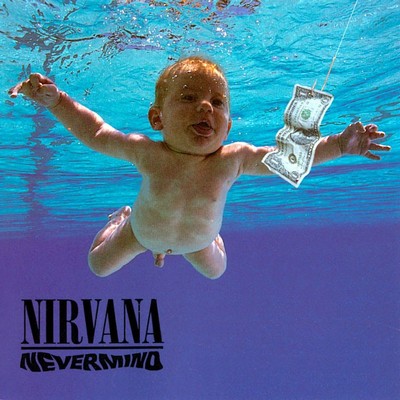 The dirty little secret of the audiophile record biz is that the purveyors of these pressings cannot possibly know with any certainty what the sound quality of any sealed record they sell is.

They turn a blind eye to the fact that some copies are simply not going to measure up to the sound of the review copy that they auditioned and described.

This is a good reason not to sell sealed records, which, of course we don’t. But that’s because we’ve done the experiments and found out the things they cannot be bothered to learn.

But wait a minute. Even that’s giving audiophile record dealers far too much credit.  Only a small fraction actually review the records they sell. Most cut and paste a review from the manufacturer and let it go at that. And the few that do write reviews are often so far off the mark that they might as well be talking about another pressing entirely.

I find almost no connection between the sound they describe and the sound I hear when playing the album. But I didn’t play the same copy they did, just the same album.

Maybe the copy they reviewed sounded better than the one we played. Since we could go around in circles like this for days with such notions perhaps it’s best to just move on. Do you think any of them would even notice that different copies of the same album sound different? The skeptic in me says no. The evidence to support such a claim is nonexistent.

(And the fact that they cannot hear how mediocre these pressings sound tells me that honing their critical listening skills or improving their playback systems are not high on their list of things to do either.)

The reality of this situation was brought home to us in dramatic fashion back in 2007, and the story goes something like this:

Many years ago a customer had returned a new, unplayed copy of Nirvana Nevermind for surface noise, so we cleaned it up and gave it a listen. Bear in mind this is an album I had not played much since I wrote my rave review in 2001.

Yes, the LP was a little ticky, but no more so than the average copy. More to the point, the sound coming out of the speakers was less than thrilling. It was murky and congested, lacking presence in the vocals and clarity in the drumming. Was this the perfect recording I had written about in 2001, or was it now in hindsight fodder for a commentary to be added to the We Was Wrong section?

I had to know, so I pulled out my own personal copy, one of the half-dozen or so records I keep on hand for Demo purposes, all cleaned up and ready to rock. Sure enough it KICKED ASS. Dynamics, presence, energy, power — it was all there and more. I turned it up as loud as I could and heard it rock like never before. (The EAR 324 and three pairs of Hallographs are exactly what this record needs to play LOUD and CLEAN. All that incredibly powerful deep bass excites the hell out of a room and the only way to get those vibrations and reflections under control is through serious room treatments like the Hallos.)

As We All Know, But Sometimes Forget:

No Two Records Sound the Same

Pressing variations exist for new records as well as old of course. That obviously audible fact had sneaked up behind us and was now biting down on our backsides. How could we guarantee that our commentary would have anything to do with the copy we were selling if we hadn’t actually played the it? Clearly we couldn’t.

This was a problem, but it was also an opportunity. With our advanced cleaning techniques (mostly the Walker fluids and a $7500 record cleaning machine, plus a few tricks we are keeping up ours sleeves for now), we can take any record and make it sound better. We quickly formulated a plan to buy a pile of Nirvana Neverminds, clean them up and shoot them out. The winners would be more expensive, the losers less expensive, with the winners paying for the time spent culling the losers, not to mention the time and trouble of cleaning and playing so many copies.

Now don’t get me wrong: the average copy is still a pretty darn good sounding record. I might even go so far as to say it’s better than practically anything recorded during the entire decade of the ’90s. But man, when you’ve heard the album at its best, there is practically NOTHING like it. As a result of our shootout we were able to offer the first White Hot Stamper copy of Nevermind, the ultimate head-banging experience.

It has long since sold, and with the pressings with the most sonic potential selling on the used market for upwards of $100 we are not planning on offering another Hot Stamper pressing any time soon.

But this episode was an important milestone in the evolution of Better Records. We learned our lesson – no more sealed records. Not if you’re the kind of audiophile record dealer who cares what his records sound like (which appears to put us in a class of exactly one.) That same year we decided to stop carrying any new Heavy Vinyl release, prompted mostly by the mediocrity of the Rhino reissue of Blue.

So, all in all 2007 was a good year for us. We stopped playing their game and invented a new one all our own. Judging by the enthusiastic response of our customers we think we did the right thing.