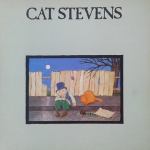 It is my contention that there is no audiophile pressing on the face of the Earth that can compete with the best sounding originals of Teaser and the Firecat. Of ANY music. The best copies of Teaser have a sound I have never experienced with any modern-mastered record. There is a magic in its grooves that may simply be impossible to capture with the cutting equipment currently in use. Perhaps one day I’ll be proven wrong, but that day is clearly not yet upon us.

I remember fifteen years ago when Acoustic Sounds was selling the then in-print 25th Anniversary Island pressing (10U, as I recall) for $15, claiming that it was a TAS list record. If you’ve ever heard that pressing, you know it has no business going anywhere near a Super Disc List. It’s mediocre at best and has virtually none of the magic of the good original pressings. I refused to sell it back in those days, for no other reason than it’s far from a Better Record. I don’t like misrepresenting records and I don’t like ripping off my customers. That pressing was a fraud and I was having none of it.

Universal did the three most famous Cat Stevens titles, and they have to be three of the worst sounding records I have ever heard in my life. Many audiophile record dealers carry them. Have YOU been ripped off by one of these dealers? If so, we can help. We would never promote garbage like that.

Any record dealer who would actually charge money for these titles has to be either ignorant (having never taken the time to play the record — why bother when audiophiles will buy practically anything pressed on Heavy Vinyl?); auditorially challenged (deaf, to be blunt about it); or cynical and contemptuous of record lovers, music lovers and audiophiles in general. (“If they’re gullible enough to buy into the ‘180 gram vinyl equals better sound’, they deserve what they get.”)

Of course we all know it has to be one or both of the first two. There is absolutely not a whit of evidence to support the contention that they critically listen to any of the records they review, nor is there any evidence that makes me think they could do it if they wanted to.

The recently remastered CDs are pretty awful as well. In fact I don’t know of any good CDs for Cat Stevens’ material. I think they all leave a lot to be desired and have very little of the midrange magic that makes his recordings so special.

A Work of Genius I Tell You

So if you’re looking for an amazing demo quality recording, you’ve come to the right place. If you want a timeless Classic Rock recording, it’s here too. They just don’t make them like this anymore and those of you who are waiting for audiophile vinyl reissues of records like this, with the kind of magic found on these originals, will be in your graves long before it ever comes to pass.