I haven’t listened to a copy of this album in a very long time, but I know a good sounding jazz record when I hear one, having critically auditioned more than a thousand over the course of the 33 years I have been in business (but selling verified good sounding records only for about the last fifteen of those). 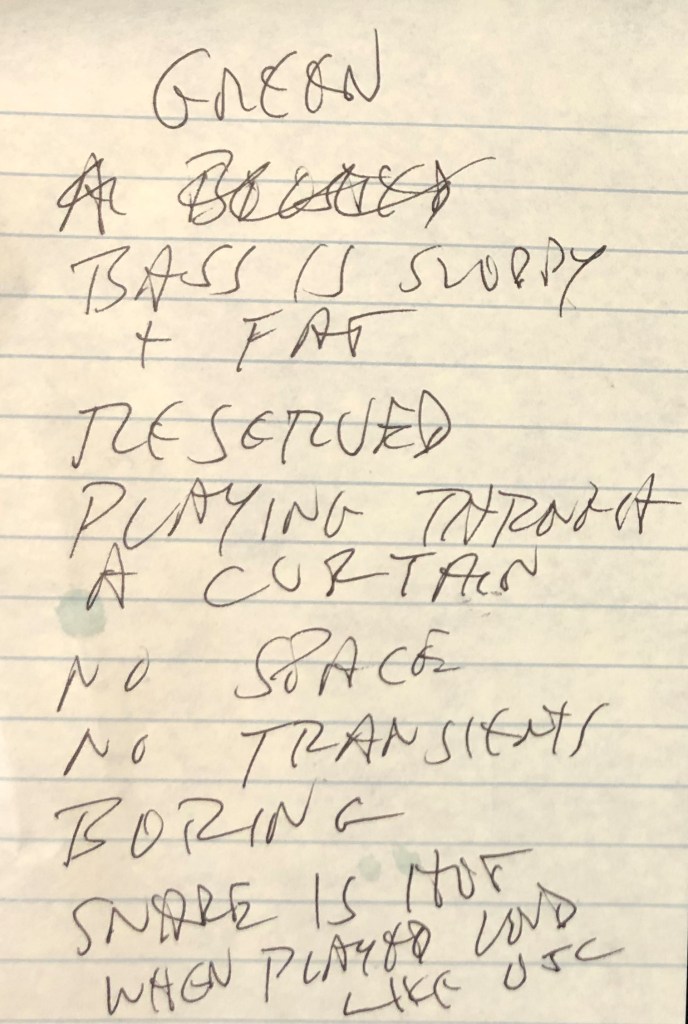 To get a better sense of the effect, throw a medium weight blanket over your speakers. Voila!

Not the sound of the instruments that RVG is famous for.  No leading edges to anything.

Of course it is. Nothing sounds right and it’s all just so dead. I would be very surprised if the CD was not dramatically better sounding in practically every way, and far more fun to listen to.

We’ve auditioned close to a hundred OJC titles over the years. We sell quite a few of them, but just the ones that sound good, of course. And some of them are hard to beat.

But lots of them have a phony, boosted top end, easily heard as sizzly, gritty, phony cymbals and too-hot snare drums.

Publishing and Rights Society Credits:
Track A1, A3, B1: Groove Music – BMI