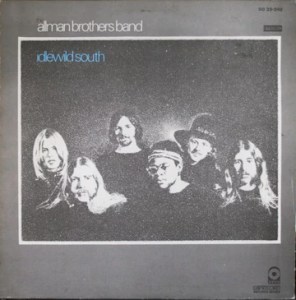 Drop the needle on Midnight Rider or In Memory Of Elizabeth Read to hear what this copy can do. You get lots of extension both up top and down low that make the overall sound far more engaging and musical than what you’d hear on most copies.

One of the biggest problems we ran into with this shootout was thin, recessed or edgy vocals. This is a band known for their rockin’ guitar jams, so it shouldn’t be a huge surprise that the vocals are not where they focused their energy when recording.

The copies with fuller, smoother, more natural vocals — and lively guitars — tended to do very well in our shootout.

What We’re Listening For on Idlewild South

The best studio album in the group’s history, electric blues with an acoustic texture, virtuoso lead, slide, and organ playing, and a killer selection of songs, including “Midnight Rider,” “Revival,” “Don’t Keep Me Wonderin’,” and “In Memory of Elizabeth Reed” in its embryonic studio version, which is pretty impressive even at a mere six minutes and change. They also do the best white cover of Willie Dixon’s “Hoochie Coochie Man” anyone’s ever likely to hear.