Reviews and Commentaries for Joni Mitchell 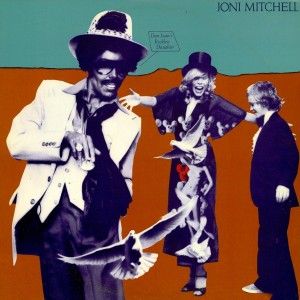 We had trouble finding copies that played consistently quietly on all four sides. This copy has an issue with side four, but the second best sounding side four was noisier, so we feel that this is still the best way to go for the album.

Rich and balance, the midrange is tonally right on the money, not thin the way so many copies were. Very open and clear yet still rich and solid.

Super punchy and dynamic, with a warm and full saxophone (always a tough test on a pop record), a clear, present piano and Joni’s voice front and center. Right up there with the best we heard.

Full-bodied and clear, no other copy had a side three as right as this one.

Balanced in the midrange — by far the toughest trick on this album — with punchy drums and deep bass, this one is very close to the best side four we heard.

Don Juan’s Reckless Daughter is a 1977 double album by Canadian singer-songwriter Joni Mitchell. It is unusual for its experimental style, expanding even further on the jazz fusion sound of Mitchell’s Hejira from the year before. Mitchell has stated that, close to completing her contract with Asylum Records, she allowed this album to be looser than anything she’d done previously.

Much of the album is experimental, but especially so are: “Overture,” played with six simultaneous guitars, some in different tunings from others, with vocal echo effects; “The Tenth World,” an extended-length instrumental of Latin percussion; and “Dreamland,” which features only percussion and voices (including Chaka Khan).