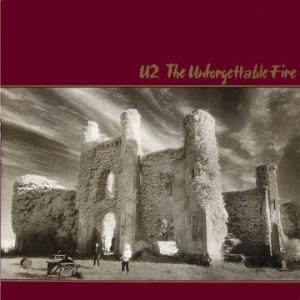 We had a big stack of these to compare and not too many of them were in a league with this one. Most copies are too dark and murky to really come to life, but this one is had no such problems.

This vintage Island Records pressing has the kind of Tubey Magical Midrange that modern records rarely even BEGIN to reproduce. Folks, that sound is gone and it sure isn’t showing signs of coming back. If you love hearing INTO a recording, actually being able to “see” the performers, and feeling as if you are sitting in the studio with the band, this is the record for you. It’s what vintage all analog recordings are known for — this sound.

’80s vinyl is almost always tricky when it comes to sound, and U2 is not a band we typically associate with audiophile-quality sonics. We’ve been through a number of their albums now, including this title, War and October, and while Demo Quality Sound may never be in the cards for these guys, we have at very least found pressings that do a better job communicating the music.

I don’t want to throw on a record that just sounds like a CD when I have access to so much amazing sounding vinyl, but clean and play enough copies of this album and eventually you’ll find one like this that gives you sound that works for this music.

Bottom line? While this may not be a record that’s going to blow anyone’s mind, it does a very good job of bringing this music to life in a way that few copies out there just can’t. If you’re a fan of U2, you won’t find a better sounding copy than this.

What We Listen For on The Unforgettable Fire

A Sort of Homecoming
Pride
Wire
The Unforgettable Fire
Promenade

In many ways, U2 took their fondness for sonic bombast as far as it could go on War, so it isn’t a complete surprise that they chose to explore the intricacies of the Edge’s layered, effects-laden guitar on the follow-up, The Unforgettable Fire. Working with producers Brian Eno and Daniel Lanois, U2 created a dark, near-hallucinatory series of interlocking soundscapes that are occasionally punctuated by recognizable songs and melodies. In such a setting, the band both flourishes and flounders, creating some of their greatest music, as well as some of their worst… the wet, shimmering textures of the title track, the charging “A Sort of Homecoming,” and the surging Martin Luther King, Jr. tribute “Pride (In the Name of Love)” are all remarkable, ranking among U2’s very best music, making the missteps that clutter the remainder of the album somewhat forgivable.