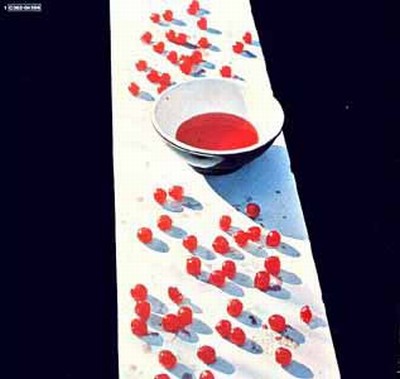 Rick, we are so happy to hear you loved that record as much as we did. We have been touting McCartney’s first solo album for more than a decade. Ever read a word about it in an audiophile context elsewhere? Of course you haven’t! The audiophile world doesn’t know and doesn’t care about great albums like this one, but we at Better Records LIVE for  sound and music of this caliber.

It’s a permanent resident of our Top 100 List for a reason: no other solo album by a Beatle can touch it.

We’ve used every trick in the book to try to get copies of this album to play Mint Minus, but it’s not usually in the cards. Maybe I’m Amazed, in particular, seems to be noisy on nine copies out of ten. If you’re looking for a copy without any surface noise, you’re probably better off tracking down the DCC Gold CD, which is actually quite good.

But no CD is ever going to sound like the record we sent you, not now, not ever. And we feel like throwing many of the copies we play of this album out the window too! This is where I simply can’t understand how the typical audiophile can make the tradeoff for flat, average sound with quiet vinyl — the sound of these Heavy Vinyl reissues that have sprouted up all over the place, each one worse than the last — and the wonderful, but slightly noisy, sound to be found on the best originals.

Of course the obvious answer is that it is simply too much work to find enough original copies to clean and play in order to come across the proverbial needle in the haystack: the Hot Stamper pressing. You had three copies and, to be honest, you can barely get started with a pool that small. Ten would be my idea of the minimum, and it takes a lot of luck and hard work to find ten clean copies. Maybe even more than three hundred bucks worth of your time and effort, when you get right down to it.

So Rick, welcome to the club. The difference is as real as it gets. All the skeptics in the world can’t change a note of what you heard. They say it ain’t true, but you have the record in your hands that proves them wrong. That record is The Truth. The McCartney Magic is in those grooves and it will not be denied.