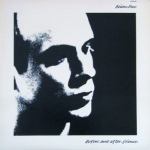 The domestic pressings of Before And After Science are typically grainy and hard sounding — hardly competitive with the smoother British Polydors. But our best Hot Stamper pressing isn’t an import; it was made right here in the good old U. S. of A.

Say what? Yes, it’s true. We were SHOCKED to find such hot stamper sound lurking in the grooves of a domestic Eno LP. It’s the One and Only.

In thirty plus years of record playing I can’t think of any domestic Eno LP that ever sounded this good.

Now hold on just a minute. The British pressings of Eno’s albums are always the best, aren’t they?

For the first three albums, absolutely. But rules were made to be broken. This pressing has the knockout sound we associate with the best British originals of Eno’s albums, not the flat, cardboardy qualities of the typical domestic reissue.

Since the person listening and making notes during the shootouts has no idea what the label or the pressing of the record is that he is evaluating — this is after all a quasi-scientific enterprise, with blind testing being the order of the day — when that domestic later label showed up at the top of the heap, our jaws hit the floor.

Both sides have that rare combination of silky highs and deep low end that make any record magical. Side one, the rock side, strongly relies on its deep punchy bass to make its material come to life and rock (or should we say art rock?). Eno’s vocals are clear and present with virtually no strain. Phil Collins’ drumming (how did these guys get together? We forget that Collins was in the proggy Brand X) is energetic and transparent and perfectly complemented by Percy Jones’ simultaneously acrobatic and hard-driving bass work.

This album typically suffers from a severe case of rolled-off highs, compounding the problems in the midrange: veiled and smeary vocals. The average copy is thick, muddy and congested, lacking the kind of transparency and clarity that makes it possible for the listener to hear into Eno’s dense mixes and make musical sense of them.

This is one of my all time favorite records — a real Desert Island disc. Before and After Science and Taking Tiger Mountain are Must Own albums for those of us who grew up on and still appreciate the better Art Rock of the ’70s (Roxy Music, 10cc, Talking Heads, etc.).

Side One has the more uptempo tunes that really rock, while Side Two is very ethereal. “Julie With…” is one of my all-time favorite Eno tracks. It’s one of the most sublimely hypnotic songs I have ever heard in my thirty-plus years of serious record listening. It alone is worth the price of the album. If you like this album, be sure to check out the early Roxy Music pressings and 801 Live, which are also masterpieces.