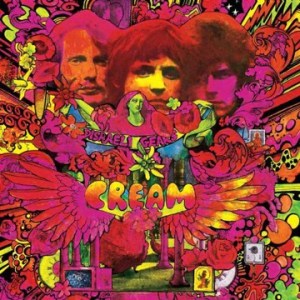 The lesson we’ve learned over the years is that when the extremes are properly transferred to the vinyl, the middle will take care of itself. Since the extremes seem to be the hardest thing to get right, at least on this record, that might explain why so many copies don’t really sound the way they should.

This is a Tom Dowd recording with its share of issues. You will probably not be demonstrating your stereo with this record.

But after finding these Hot Stamper pressings, one thing we can say for them, for this very record in fact, is they sound right. They are correct for both recordings made circa 1967 and correct for recordings from the ’60s with Tom Dowd at the controls.

The sound here is so much better than I ever thought it could be; it’s given me a whole new appreciation for the album itself. I’ve grown to love it and now consider it one of the All-Time Greats. When you hear this copy you may feel the same way.

What We’re Listening For on Disraeli Gears

Mint Minus Minus and maybe a bit better is about as quiet as any vintage import pressing will play, and since only the right vintage imports have any hope of sounding good on this album, that will most often be the playing condition of the copies we sell. (The copies that are even a bit noisier get listed on the site are seriously reduced prices or traded back in to the local record stores we shop at.)

Cream teamed up with producer Felix Pappalardi for their second album, Disraeli Gears, a move that helped push the power trio toward psychedelia and also helped give the album a thematic coherence missing from the debut. This, of course, means that Disraeli Gears gets further away from the pure blues improvisatory troupe they were intended to be, but it does get them to be who they truly are: a massive, innovative power trio. The blues still courses throughout Disraeli Gears — the swirling kaleidoscopic “Strange Brew” is built upon a riff lifted from Albert King — but it’s filtered into saturated colors, as it is on “Sunshine of Your Love,” or it’s slowed down and blurred out as it is on the ominous murk of “Tales of Brave Ulysses.”

It’s a pure psychedelic move that’s spurred along by Jack Bruce’s flourishing collaboration with Pete Brown. Together, this pair steers this album away from recycled blues-rock and toward its eccentric British core, for with the fuzzy freak-out “Swlabr,” the music hall flourishes of “Dance the Night Away,” the swinging “Take It Back,” and of course, the schoolboy singalong “Mother’s Lament,” this is a very British record. Even so, this crossed the ocean and became a major hit in America as well, because for no matter how whimsical certain segments are, Cream is still a heavy rock trio and Disraeli Gears is a quintessential heavy rock album of the ’60s. Yes, its psychedelic trappings tie it forever to 1967, but the imagination of the arrangements, the strength of the compositions, and especially the force of the musicianship make this album transcend its time as well.

What are the sonic qualities by which a Pop or Rock record — any Pop or Rock record — should be judged? Pretty much the ones we discuss in most of our Hot Stamper listings: energy, vocal presence, frequency extension (on both ends), transparency, spaciousness, harmonic textures (freedom from smear is key), rhythmic drive, tonal correctness, fullness, richness, three-dimensionality, and on and on down the list.

When we can get many of the qualities above to come together on the side we’re playing, we provisionally award it a Hot Stamper grade, which may or may not be revised over the course of the shootout as we hear what the various other copies sound like. Once we’ve been through all our side ones, we then play the best of the best against each other and arrive at a winner. Other copies have their grades raised or lowered depending on how they sounded relative to the shootout winner. Repeat the process for the other side and the shootout is officially over. All that’s left is to see how the sides of each pressing match up.

That’s why the most common grade for a White Hot Stamper pressing is Triple Plus (A+++) on one side and Double Plus (A++) on the other. Finding the two best sounding sides from a shootout on the same LP certainly does happen, but it sure doesn’t happen as often as we would like (!) — there are just too many variables in the mastering and pressing processes to ensure consistently high quality.

Record shootouts may not be rocket science, but they’re a science of a kind, one with strict protocols developed over the course of many years to ensure that the results we arrive at are as accurate as we can possibly make them.