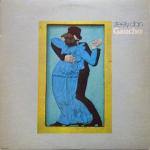 Reasonably good bass, we’ll give it that, but no top end and no Tubey Magic.

More of Ron McMaster’s handiwork. The result is a record that simply has no reason to exist.

The AVERAGE original pressing sitting in your local record store bin right now for probably all of five bucks will MURDER this piece of crap.

As we noted for Ron’s remastered Band album:

When you see that little RM in the dead wax of one of these new Heavy Vinyl reissues, you know you’ve just flushed your money down the toilet. There should be a warning label on the jacket: Mastered by Ron McMaster.

It’s only a warning to those of us familiar with his work of course; the general public, and that includes the general audiophile public, probably won’t have much of a problem with the sound of this record or anything else he does.

He still has the job, doesn’t he? What does that tell you?