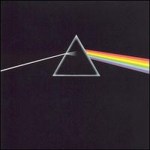 I wanted to comment on the discussion as to the validity of the ‘Better Records’ business model and offerings to audiophiles. As a backgrounder, I am an electrical engineer that grew up in the 60s and 70s listening first hand to many of the classic LPs that Better Records now offers for sale. I was also a musician with perfect pitch (playing French Horn in the Symphony and keyboards in various bands), I had a killer stereo and spent a lot of time in recording studios that produced some of the top acts and albums of the era so I certainly had exposure to the best equipment and listening environments back in the day.

I went on to being a CEO of various telecom/mobile software companies and somewhat lost touch with my musical purist roots. But I had 3 boys and one of them turned out to have the same music bug I had and he has gone on to pursuing a career as a recording engineer, re-introducing me to analog vinyl LPs, pushing me to re-engage in my greatest love, which I eventually did in spades: I tossed out my electrostatics and full digital sound chain and I built a set of Altec 604 monitors driven by a 300B tube amp and a killer turntable, and I went about spending about $30,000 on 1st pressing vinyl from around the world, cleaning them with an ultrasonic platform, and I learned a great deal during that process.

For one, I fell back in love with high efficiency speaker systems, for another I realized that I was spending an average of $200-300 per LP to get what I wanted and in some cases, over $1000 in total (buying 7 different DSOTM pressings and travelling to the UK multiple times to find the best pressings), and I found out that Better Records was on to something: I got burned more than once myself when I was buying clean, never played 1st pressings of some of the top LPs and ending not feeling the love for the results. I appreciate the complexities of the old school vinyl pressing sound chain and its infinite variables, and more times than not I was back sourcing additional copies of the same LP looking for that ‘magical pressing’. I eventually got a stunning DSOTM 2nd pressing (A3/B3) and bought another only to find that the 1st one was way ahead of the 2nd so it shows that even the same pressings can be highly variable – in sound quality/feel/depth/clarity/warmth, but also noise floor. So, yes, there are magical ‘Hot Stampers’ out there, but to find them takes patience and lots of $ and effort.

When you score the perfect ‘Hot Stamper’ the result can be to draw you close to the very soul of the artist – bringing you right into the recording room with them, sometimes 50+ years after the fact. And when you put on a digital download or CD of the same LP it is a shocking insult in many many cases. So, back to Better Records: they are doing all of the foot work for you, and as an obsessive compulsive individual, I can say without a doubt that they are providing a hugely valuable service to audiophiles. They are purists and they listen on ‘big’ speaker systems that will highlight the limitations of MOFI 1/2 speed mastered LPs (typically flawed low frequency response and some mid-range colouration). I am very happy with Better Records and must say that they reduce my stress and have me impatiently waiting for their next shipment. 5 stars.