to Hear It on Vintage Equipment

Our good customer Roger wrote us a letter years ago about his MoFi TEA FOR THE TILLERMAN, in which he remarked, “Sometimes I wish I kept my old crappy stereo to see if I could now tell what it was that made these audiophile pressings so attractive then.”

It got me to thinking. Yes, that would be fun, and better yet, it could be done. There are actually plenty of those Old School systems still around. Just look at what many of the forum posters — god bless ’em — are running. They’ve got some awesome ’70s Japanese turntables, some Monster Cable and some vintage tube gear and speakers going all the way back to the ’50s.

With this stuff you could in effect travel back in time, virtually erasing all the audio progress of the last 30 years. Then you could hear your MoFi Tea for the Tillerman sound the way it used to when you could actually stand to be in the same room with it.

My question to Roger was “What on earth were we hearing that made us want to play these awful half-speed mastered records? What was our stereo doing that made these awful records sound good to us at the time?”

In Search of a Bad Stereo

I know how you can find out. You go to someone’s house who has a large collection of audiophile pressings and have him play you some of them. Chances are that his stereo will do pretty much what your old stereo and my old stereo used to do — be so wrong that really wrong records actually start to sound right! It seems crazy but it just might be true.

Think about it. If your stereo has no real top end extension, then a boosted top end like the kind found on practically every record MoFi ever made is a positive boon.

Down low, if you don’t have good bass reproduction, the bad bass that pretty much all half-speeds evince won’t bother you, it’ll sound bad the way the bass on all your records sounds: bad. And the boosted bass you get on so many MoFi pressings works to your benefit too.

How about those sparkling guitars? For systems that are incredibly opaque and low-resolution, the kind we all used to have, the kind that sound like we added three or four grilles to the front of the speaker, the MoFi guitars actually might start to cut through the veils and may sound — gulp! — right.

But we don’t own stereos like the ones we used to have. I’m on record as saying that the more audiophile pressings you own, the worse your stereo must be. When you get your collection to the point that practically no audiophile records are playable without their faults staring you in the face, you will no doubt have made an awful lot of positive changes to your playback system.

It happened that way for me, it happened that way for Roger, and it can happen for you (and may have already). We sell the stuff that can help your stereo reveal the shortcomings of audiophile pressings, and we have lots of advice on how to get the most from your system in order to do the same. Which means that all your best regular records will sound dramatically better too.

This is a good thing, since you already own them. And you can sell your audiophile pressings for big bucks to some poor shmuck whose stereo is from the stone age. It’s a Win Win all around!

Hi Tom,
Just a note on another hot stamper shootout I recently did, this time on Cat Stevens Tea for the Tillerman. It was interesting comparing itto the regular MFSL half-speed, the MFSL UHQR pressing, and a UK Pink Island 3U pressing, which was my all-time champ.

Sometimes I wish I kept my old crappy stereo to see if I could now tell what it was that made these audiophile pressings so attractive then.

So anyway, I tried the UK Pink Island next and its tonal balance was much more natural and the recording no longer sounded like Cat Stevens and his Zither Band. Instruments and voices were weightier and had good texture, and the bass was quicker and more extended, making the recording a lot less lightweight than the MoFi versions. I sometimes wondered how much better this pressing could be since my Pink copy had quite a bit of surface noise.

Well, I found out why another of your customers proclaimed Tea to be his new reference recording when I heard the US A&M hot stamper pressing. Wow! I was astonished at how much better this version was. I have never heard this pressing sound quite like this. There was a huge wall of sound and instruments and voices had real body, bass was absolutely titanic, and dynamics made me wonder whether my speakers would be damaged. This thing is a monster, one of the best recordings in my 10,000 LP collection.

So as usual, back on the shelf go the expensive MFSL versions, hopefully gaining value but never to be played again. Yes, the Tea hot stamper is a new reference, definitely. And a US pressing, go figure. 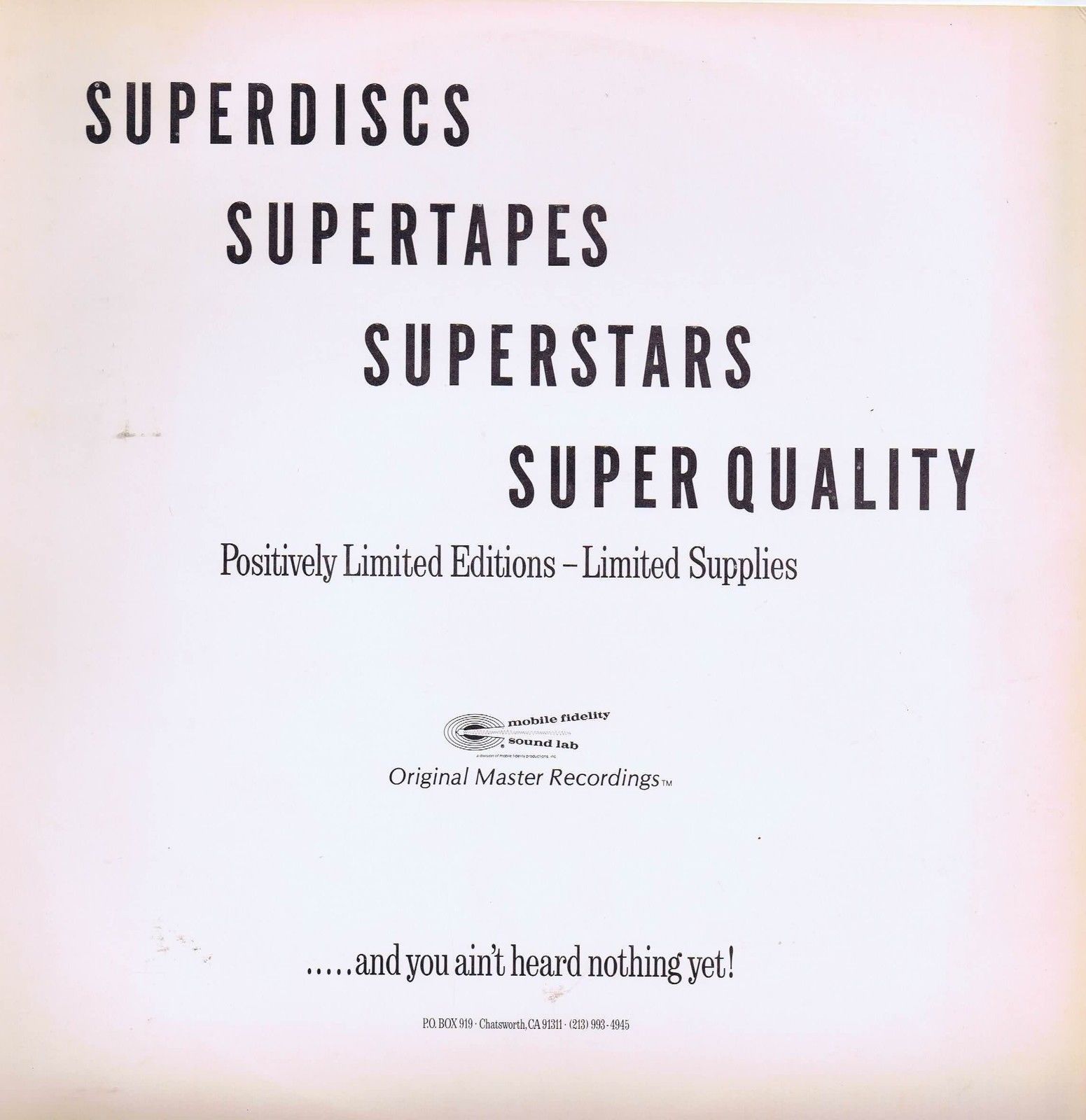