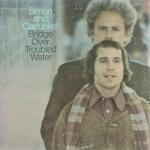 One of the most interesting findings in this shootout was that no Red Label copy scored as high as the best 360 Label copies. The later labels can be very clean and clear, but ultimately they lack the midrange magic, warmth and sweetness of the best early pressings. Since this recording has a problem in all those areas to start with, most red label copies are completely devoid of the Simon & Garfunkel magic, the kind of magic that is so wonderfully evident on their two previous outings: Parsley, Sage… and Bookends.

The Last of the Four Track Recordings

Why do the two previous albums have more magic? They’re simpler productions, the kind that can be handled by the four track machine they were recorded on. Bridge is the boys’ Musical Statement for All Time, with production and scope far exceeding their previous work. Like the Beatles with Abbey Road, they gave it their all and went out on a high note. (The Beatles planned it that way, while S and G fell victim to their ambition, which you can read about in the AMG review below.)

What a Masterpiece they achieved. Ten weeks at Number One on the charts. Depth and breadth of material only hinted at on their earlier efforts. Who can argue with this being one of the most important achievements in popular music of the last fifty years?

Back Away From The Console

The sonic problems and promise of the multi-track approach can both be heard in one track: The Only Living Boy In New York. The song starts out simply, focusing on the duo’s lovely voices, with only minimal instrumentation. It sounds PHENOMENAL on the best pressings, and very good on even the typical copies. Halfway through the song, heavy-handed production kicks in, and the sound suffers significantly. You can’t fault the band for going big, but nor can you blame audiophiles for wishing they had kept it simple.

A Price Must Be Paid

This kind of musical and sonic complexity has a price. Play the ending to the title song and you will hear immediately what I mean. They had only four tracks to work with, not enough to squeeze all the sounds they wanted to record, so compromises were made. Reductions of four tracks into one were done numerous times. This process leaves three fresh tracks of tape for more overdubs, but adds a generation of tape to the tracks that were reduced. Those extra generations of tape cause the added problems one hears on the big production songs on this album and Bookends as well. (Save the Life of My Child comes immediately to mind.)

Of course our job is to find the pressing that captures as much of the magic as possible with as little of the distortion. This means three things: proper mastering, good vinyl and tender loving care from previous owners, a tough combo but not an impossible one we’re happy to say.

What do the best copies give you? They’re the ones with textured strings in the orchestral arrangements. The string tone on the average copy is hard and steely. (The Classic 200 gram pressing suffers from a case of slightly steely strings. Play it yourself and see.) When the strings are blasting away at the end of the title song, you want to be able to hear the texture without them sounding shrill and edgy. This is no mean feat, for the record or the stereo.

Cecilia can only rock when the bass is full and deep; we call it whomp. (Those with equipment and/or rooms that can’t play bass properly call it slop.) The best copies give you the low-end foundation you need to make that song come to life.

And last but far from least, Simon and Garfunkel records live and die by the quality of the vocals. Transparent, breathy, sweet, warm, rich, tonally-neutral — these are the comments posted on our notes for track after track on the Hot Stamper copies. No heavy vinyl reissue or later pressing is going to give you what the real Hot Stamper 360 Label pressings can in this area.

The Classic on Heavy Vinyl

Speaking of Heavy Vinyl, how does the Classic rate? Well, we don’t have one around to play right now, but over the years it has been my experience that the better the stereo gets, the lower the rankings for those pressing vis a vis The Real Thing. The more magic your system can pull out of a record, the more you’ll notice it missing on the Classic.

Many of the Classics we liked only a few years back — Zep IV and In Through the Out Door come to mind — have had to be taken down a peg or two, while Who’s Next, a record we still say nice things about, is clearly missing some of the best qualities of our Track and Decca Hot Stamper pressings. So BOTW is recommended at its price, but we wouldn’t want to go much farther than that.

Advice for the Do-It-Yourselfer

There are two things you need in order to be able to find these Hot Stampers on your own (besides patience and plenty of time on your hands). One, Disc Doctor. Without DD you don’t stand a chance.

And, Two, a top quality front end and phono stage. This is a tough record to play. Cheap equipment is going to be overwhelmed in short order trying to deal with its sonic complexity. (It makes a great test disc for that very reason; if you can play BOTW you can probably play anything.)