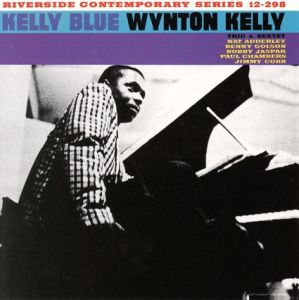 Jack Higgins was the engineer for these sessions. He recorded Chet Baker’s brilliant Chet album the same year, as well as many other albums for Riverside in New York in the ’50s and ’60s.

This vintage LP has the kind of Tubey Magical Midrange that modern records rarely even BEGIN to reproduce. Folks, that sound is gone and it sure isn’t showing signs of coming back. If you love hearing INTO a recording, actually being able to “see” the performers, and feeling as if you are sitting in the studio with the band, this is the record for you. It’s what vintage all analog recordings are known for — this sound.

What the best sides of this Classic Wynton Kelly album have to offer is clear for all to hear:

This reissue is spacious, open, transparent, rich and sweet. It’s yet another remarkable disc from the Golden Age of Vacuum Tube Recording Technology, with the added benefit of mastering using the more modern cutting equipment of the ’70s and ’80s. We are of course here referring to the good modern mastering of 35+ years ago, not the generally opaque, veiled and lifeless mastering of the records produced today.

This leads me to think that most of the natural, full-bodied, lively, clear, rich sound of the recording was still on the tape decades later, and that all that was needed to get that vintage sound on to a record was simply to thread up the tape on the right machine and hit play. The fact that practically nobody seems to be able to make a record nowadays that sounds remotely this good tells me that I’m wrong to think that such an approach tends to work, if our experience with hundreds of mediocre Heavy Vinyl reissues is relevant.

Willow Weep For Me
Keep It Moving
Old Clothes

Recorded for Riverside, this set mostly features the influential pianist Wynton Kelly in a trio with his fellow rhythm-section mates from the Miles Davis bands, bassist Paul Chambers and drummer Jimmy Cobb. “Kelly Blue” and “Keep It Moving” add cornetist Nat Adderley, flutist Bobby Jaspar and the tenor of Benny Golson to the band for some variety.

Kelly was renowned as an accompanist, but as he shows on a set including three of his originals and four familiar standards (including “Softly, As in a Morning Sunrise” and “Willow Weep for Me”), he was also a strong bop-based soloist too. A fine example of his talents.

Wynton Kelly demonstrates once again why he has been a major influence in the history of jazz piano. In studying and analyzing his playing…you can hear where other jazz greats like Herbie Hancock and Keith Jarrett got their springboard to success early on in their career. Sonny Clark is still my main man on piano… but as of late…I’ve really been listening to the piano wizardry of Wynton Kelly…I realize now I should have been listening to him all along.