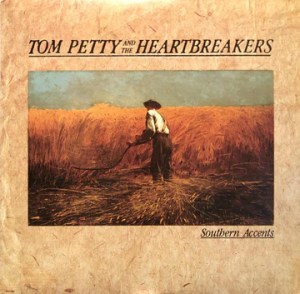 If you’ve tried to find a good sounding copy of this album, you could easily be forgiven for throwing in the towel — we almost did ourselves, and more than once. We’ve cleaned and played a pile of copies over the years, and now we are glad to report that this one sounds like a completely different album — it’s rich, smooth and sweet, a big step up over the typical gritty, grainy copy.

Credit must obviously go to the man behind the console, Shelly Yakus, someone who we freely admit, now with a sense of embarrassment, had never been one of our favorite engineers. After hearing a White Hot Stamper pressing of Damn the Torpedoes and a killer copy of Crack the Sky’s Animal Notes, as well as amazing sounding pressings of Moondance (his first official lead engineering gig) and Twelve Dreams of Dr. Sardonicus, we realize that we have seriously underestimated the man.

What We Listen For on Southern Accents

Produced by Dave Stewart, Southern Accents is an ambitious album, attempting to incorporate touches of psychedelia, soul, and country into a loose concept about the modern South… “Rebels” and “Spike” are fine rockers, and “Don’t Come Around Here No More” and “Make It Better (Forget About Me)” expand The Heartbreakers’ sound nicely.