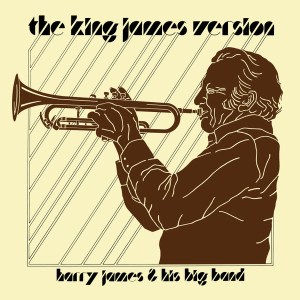 On the best pressings, the horns are so lively and high-rez, not to mention full-bodied, this could easily become a favorite big band album to demo or test with — or just to enjoy the hell out of.

Unlike most Direct to Disc recordings, this album actually contains real music worth listening to — but only when the pressing lets the energy of the musicians through, with actual fidelity to the sounds of the real instruments. Brass without bite is boring. Drummers who are too delicate in their drumming will put you to sleep.

Many copies of this album will do exactly that, which is a real shame. During our shootout, the more we played the good copies, the more we appreciated the music these guys were making. They were swinging, a big group of top quality players totally in the groove. When it’s played well, and the sound is as good as it is here, there’s nothing boring about these Big Band Jazz Classics. The music works. It swings. If you like the kind of big band recordings Basie made — and who doesn’t — you will find much to like here.

The typical pressing of The King James Version leaves much to be desired. As a rule two areas are especially lacking: there is a noticeable lack of presence on most copies, causing the brass to get stuck in the speakers and lose its bite; and, every bit as bad, the sound is often just plain compressed, lacking energy and life. The musicians on most copies are just not giving it their all.

But wait a minute. This is a direct disc. How can it be compressed, or lack transients? Aren’t those tape recorder problems that are supposed to be eliminated by the direct to disc process? Maybe so, but there is some very strong evidence to the contrary, and this record is that evidence.

Even though the mastering is fixed at the live event, there are many other variables which no doubt affect the sound. The album is pressed in three different countries: the United States, Japan and Germany. Many mothers were pulled from the acetates and many, many stampers made from those mothers.

Bottom line? You got to play ’em, just like any other pressing. If no two records sound the same, it follows that no two audiophile records sound the same, a fact that became abundantly clear very early on in the listening. Of course not many audiophiles are in a position to shootout multiple copies of The King James Version, and I’m not sure most would even want to. Here at Better Records we have a whole system set up to do exactly that, so we waited until we had a pile of them, got them all cleaned up, and off to the races we went.

No matter what copy you have, when you play it notice how the brass in the center of the soundfiield sounds so different from the brass on either side, where, obviously, closer mics allow their solos to be picked up and mixed more easily. There are lovely trumpet solos in the left channel and a baritone sax solo in the right that have amazingly realistic fidelity. Close your eyes and those instruments are RIGHT THERE.

One thing Sheffield got right is tonally-correct, hi-fidelity brass in a real acoustic space. (The latter is where For Duke fails so miserably, although no one ever seems to notice or bother to write about it. To me that dead acoustic is like fingernails on a blackboard, completely inappropriate to the sound.)

In late July 1976, trumpeter Harry James recorded enough music for two LPs. This particular set gives one a good sampling of his 1976 orchestra and finds James happy to emulate the swing sound of Count Basie.