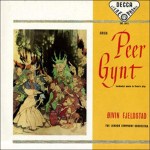 We review yet another mediocre Speakers Corner Heavy Vinyl reissue.

We recently gave the Heavy Vinyl pressing from Speakers Corner, the same one that we had previously recommended back in the ’90s, a sonic grade of C+.

To our ears now it has many more shortcomings than it did back then, which we discuss below.

What is lost in these newly remastered recordings? Lots of things, but the most obvious and bothersome is TRANSPARENCY. Modern records are just so damn opaque. We can’s stand that sound. It drives us crazy. Important musical information — the kind we hear on even second-rate regular pressings — is simply nowhere to be found. That audiophiles as a whole — including those that pass themselves off as the champions of analog in the audio press — do not notice these failings does not speak well for either their equipment or their critical listening skills.

It is our contention that no one alive today makes records that sound as good as the ones we sell. Once you hear this Hot Stamper pressing, those 180 gram records you own may never sound right to you again. They sure don’t sound right to us, but we are in the enviable position of being able to play the best properly cleaned older pressings (reissues included) side by side with the new ones, where the faults of the current reissues become much more recognizable, even obvious. When you can hear them that way, head to head, there really is no comparison.

This is of course something we would never assume — we clean the records and play them and that’s how we find out whether they are any good or not. There is no other way to do it — for any record from any era — despite what you may have read elsewhere.