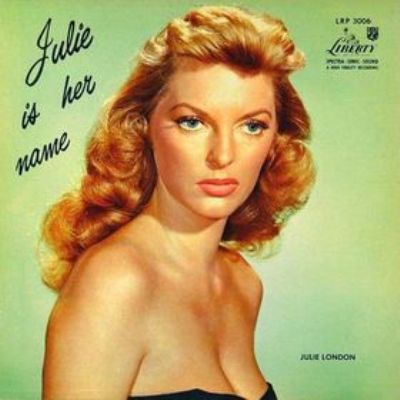 A Hall of Shame pressing from Cisco / Impex / Boxstar.

One question: Where’s the Tubey Magic?

We would never have pointed you in the direction of this awful Boxstar 45 of Julie Is Her Name, cut by Bernie Grundman, supposedly on tube equipment. I regret to say that we actually sold some copies, but in my defense I can honestly and truthfully claim that we never wrote a single nice thing about the sound of the record. That has to count for something, right?

We found the Tubey Magic on his pressing to be non-existent, as non-existent as it is on practically every Classic Record release he cut. If you have his version you are in for quite a treat when you finally get this one home and on your table. There is a world of difference between the sound of the two versions and we would be very surprised if it takes you more than ten seconds to hear it.

On side one listen to how rich the bottom end is on Barney Kessel’s guitar. The Tubey Magic on this side is off the charts. Some copies can be dry, but that is clearly not a problem on this one. The naturalness of the presentation puts this album right at the top of best sounding female vocal albums of all time.

Records made for audiophiles are rarely any good, so rarely that we are shocked when an audiophile record is even halfway decent. After playing so many badly remastered pressings for so many years it’s practically a truism here at Better Records.

A mass-produced vintage record like this is the perfect example of why we pay no attention whatsoever to the bona fides of the disc, but instead make our judgments strictly on the merits of the pressing at hand.

It has opened up for us a world of sound that the typical audiophile — the kind who buys into the audiophile pressing hype — will never have a chance to experience.